Ghana has signed but not yet ratified the Treaty on the Prohibition of Nuclear Weapons.

Shirley Ayorkor Botchwey, the minister for foreign affairs of Ghana signed the treaty on 20 September 2017. The government announced in October 2019 that it is “well advanced towards its early ratification”.

Ghana participated in the negotiation of the treaty at the United Nations in New York in 2017 and voted in favour of its adoption.

Ghana has said that the treaty “provides a universally agreed path to the total elimination of nuclear weapons” and “has revived the disarmament debate”.

Ghana has promoted universal adherence to the treaty, including by co-sponsoring a UN General Assembly resolution in 2019 that calls upon all states to sign, ratify, or accede to the treaty “at the earliest possible date”.

In its opening statement to the negotiating conference, Ghana described the treaty-making process as “long overdue” and “a genuine and timely opportunity to break the impasse and to make real progress towards a world free of nuclear weapons”.

In 2016, Ghana voted in favour of the UN General Assembly resolution that established the formal mandate for states to commence the negotiations in 2017 on “a legally binding instrument to prohibit nuclear weapons, leading towards their total elimination”.

Ghana was among 127 states that endorsed a “humanitarian pledge” in 2015–16 to cooperate “in efforts to stigmatise, prohibit, and eliminate nuclear weapons”. The pledge was instrumental in building momentum and support for convening the negotiations.

Ghana is a state party to the 1996 Treaty of Pelindaba, which established Africa as a nuclear-weapon-free zone. 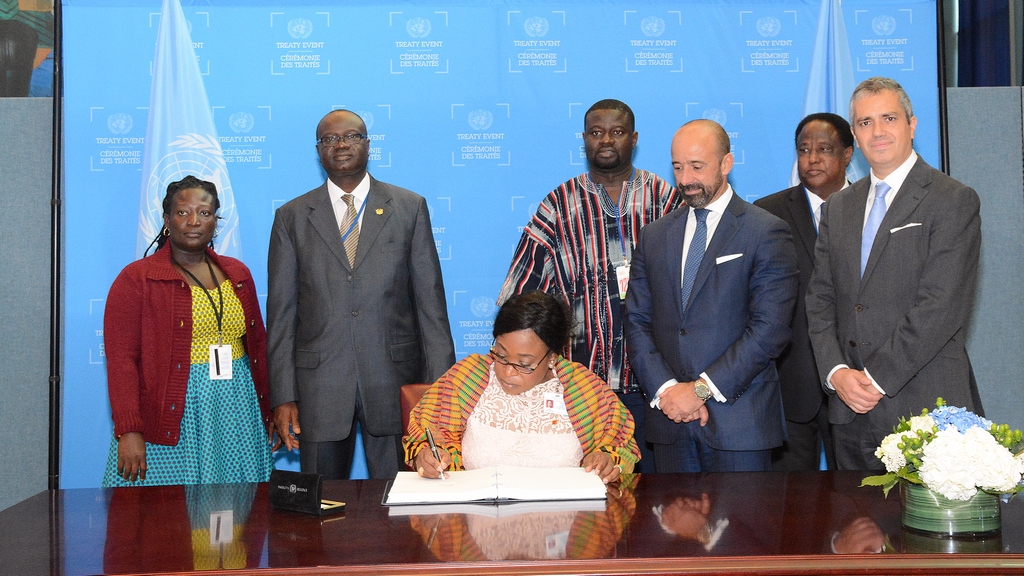