The Treaty on the Prohibition of Nuclear Weapons enters into force

Today is the day. More than 75 years after the bombings of Hiroshima and Nagasaki, the treaty banning these weapons with catastrophic humanitarian consequences enters into force. The countries that have joined the Treaty on the Prohibition of Nuclear Weapons are bound to adhere to the treaty’s prohibitions and implement its obligations. The treaty’s normative impact will grow as states parties and civil society push for its full implementation and universalisation.

“Nuclear weapons have always been immoral, now they are illegal,” Beatrice Fihn, ICAN Executive Director said. “ The Treaty on the Prohibition of Nuclear Weapons is a victory for all people, made possible by the efforts of civil society and the international community. A handful of nations have held the world hostage with these horrific weapons. With the treaty we break those chains and chart a new course to a world free of nuclear weapons.”

Today, the Treaty on the Prohibition of Nuclear Weapons enters into force.

This is a major step toward a world free of nuclear weapons.

I call on all countries to work together to realize this vision, for our common security and collective safety. pic.twitter.com/ybDamSdCZs

21 January 2021 is a critical milestone towards the total elimination of nuclear weapons. Around the world, ICAN campaigners are marking the historic day with at least 172 events, from commemorations to protests to educational events. There are protestors at institutions around the world including companies, banks, universities that are contributing to nuclear weapons to make clear this behaviour is now banned under international law. At nuclear weapon bases and laboratories activists are hanging banners. Diplomats and officials are rallying behind the treaty. Campaigners in countries that have joined the treaty are celebrating the leadership of their countries to bring the first international legal ban on nuclear weapons into force. 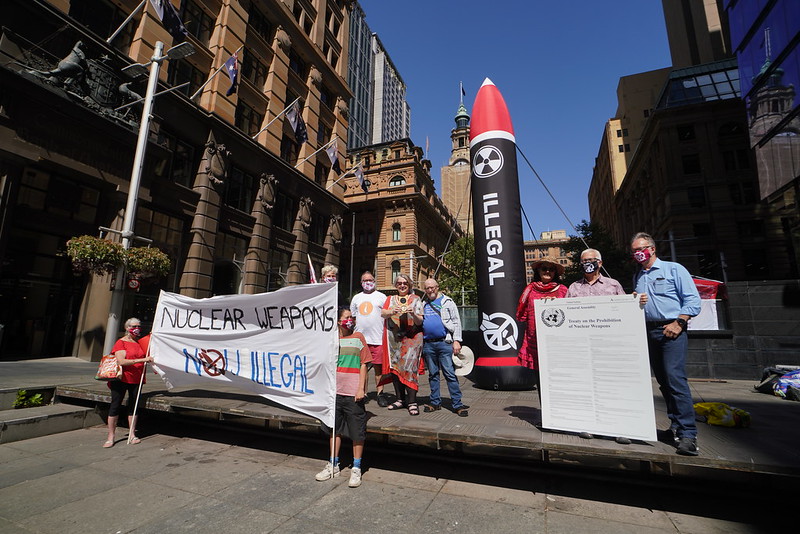 The entry into force of the TPNW is a day of paramount importance for ICAN and for international peace and security. It is the start of a new chapter: the end of nuclear weapons.