How do you top winning the Nobel Peace Prize? As we began to look back at 2018, we thought it would be hard to live up to the excitement that that particular award brought us in 2017. But we shouldn’t have worried: nobody took the Nobel Peace Prize as an excuse to sit on their laurels. Instead, we all got straight back to work and used that energy to book some pretty exciting wins this year.

1) The Treaty on the Prohibition of Nuclear Weapons is being signed and ratified at a record setting pace. 19 countries out of the 50 needed for the Treaty to enter into force have already joined it, and 69 countries have signed it.We know many more are on their way. 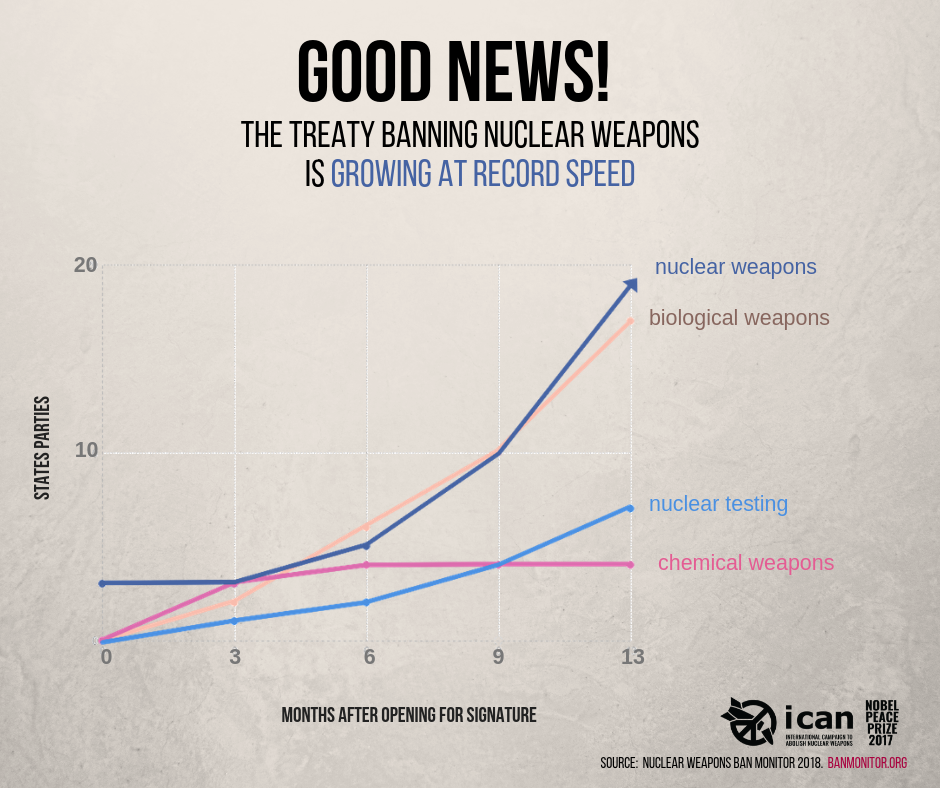 2) We launched a 5 step plan for the denuclearisation of the Korean Peninsula, at the Singapore summit between Donald Trump and Kim Jong Un, based on the TPNW. Because the Treaty doesn’t tweet, it can’t change its mind on the way home and it can’t have its ego bruised. The TPNW is the only comprehensive, verifiable and irreversible way to to achieve meaningful nuclear disarmament.

Check out the Roadmap

3) Don’t Bank on the Bomb campaign got some serious commitments to divest from nuclear weapons from major banks and financial institutions in Germany, Norway, the Netherlands and even the US. Also, some brave German activists put this huge banner on BNP Paribas’ Berlin headquarters to bring attention to that banks’ dodgy investments as part of an incredible Global Day of Action 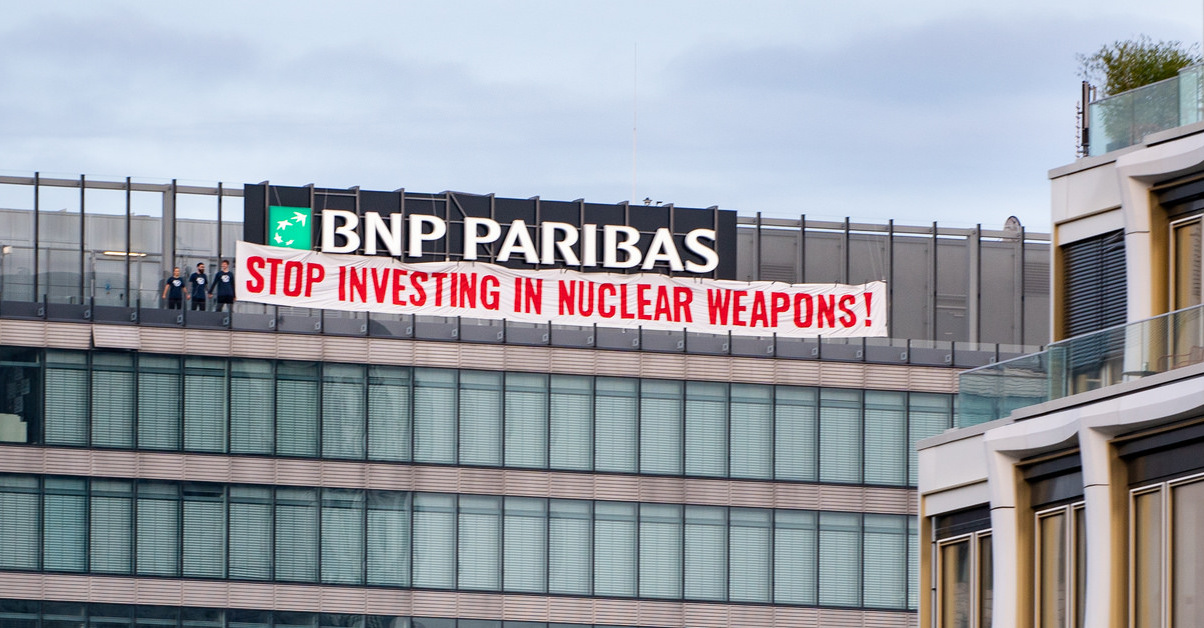 4) In April, we brought together more than 120 of our incredible campaigners from around the world to plot our strategy for the next two years. “We have the treaty. So now what?” That was the question we set out to answer for ourselves, as well as defining new ways to work together. The meeting also turned into a campaign and lobby opportunity, as representatives from around the world gathered at the NPT PrepComm in Geneva.

5) Our team grew! We have 3 new faces on board the staff team: Stuart, our Policy & research coordinator, Lucero, who works on our digital campaigns and Hawa, who took over from Laura as our admin assistant. And we also approved nearly 60 new partner organisations: ICAN currently has 532 partners in 103 countries (and counting!)

6) Together with our partner Norwegian People’s Aid, we launched the Nuclear Weapons Ban Monitorto track progress towards the implementation of the Treaty.

7) Our work was featured in a harrowing VR-experience launched at Tribeca Film Festival: The Day the World Changed, and we saw many more creatives get involved in telling the stories of those that were affected by Nuclear Weapons use and testing 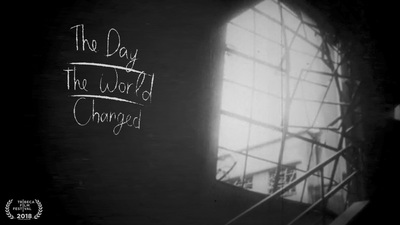 9) We saw cities take the lead in supporting the Nuclear Ban Treaty, where governments appear to dawdle. Los Angeles, Melbourne, Manchester and Toronto are among the first cities to have taken the ICAN Cities Appeal

Get your city involved
Join #ICANSave on social media

10) And last but not least, two wins in ICAN’s home-turfs (Switzerland and Australia): on December 12th, Switzerland’s Parliament called on the government to sign and ratify the Nuclear Ban Treaty and on December 18th, Australia’s opposition party Australian Labor committed to signing and ratifying the treaty when in power. Both are exciting moves and a long time coming. We can’t wait to see them carried out.

This isn’t even the full list of wins of 2018. It has really been a great year for the movement to end nuclear weapons, and we know we can count on dedicated campaigners and a great movement of support