Nuclear weapons production leaves a nasty legacy both for people and the environment. Around the world, nuclear weapons facilities have contaminated land and water with radioactive waste lasting at least 100,000 years. Efforts to clean up the sites have cost billions of dollars over decades - and are still largely unfinished. The five case studies below provide just a preliminary look into the devastating global environmental consequences of building the bomb. 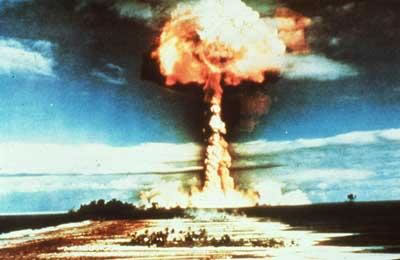 Between 1966 and 1996, France conducted almost 200 atmospheric or underground nuclear tests on or near the atolls of Moruroa and Fangataufa in French-controlled territory in the South Pacfic. The tests led to fallout in the surrounding area and underground tests led to landslides and radioactive waste leaking into the ocean. Marking the 50th anniversary of the first test, a 2016 news article notes that soils remain radioactive and that the weakened atoll may collapse, potentially generating a tsunami.

A 1998 report from the International Atomic Energy Agency, however, found that the low levels of radioactive elements were not of “radiological significance.” The report concluded the radiation levels would not cause health effects on people or have major impacts on any other particular species. As such, the report concluded that no further environmental remediation was necessary.

A French government report (see chapter 7) details the cleanup activities undertaken during and after the testing period. Cleanup activities in between tests included bulldozing contaminated soils into piles, pressure washing surfaces, stripping paint, and collecting 50,000 pieces of contaminated debris. At one stage, a tropical storm dispersed debris, forcing further cleanup. Some waste was deposited in the ocean up until 1982. The report notes that one section of the coral slab remains contaminated and should not be the site of any activities, including fishing. After the testing ceased, cleanup activities included dismantling facilities and filling wells with debris. Overall, the French filled 27 waste pits on Moruroa.

Monitoring continues for the site and a commission of government and local community representatives was formed in 2015. The latest monitoring report showed radiological levels to be stable or decreasing, and the risk of geologic instability to be minimal. 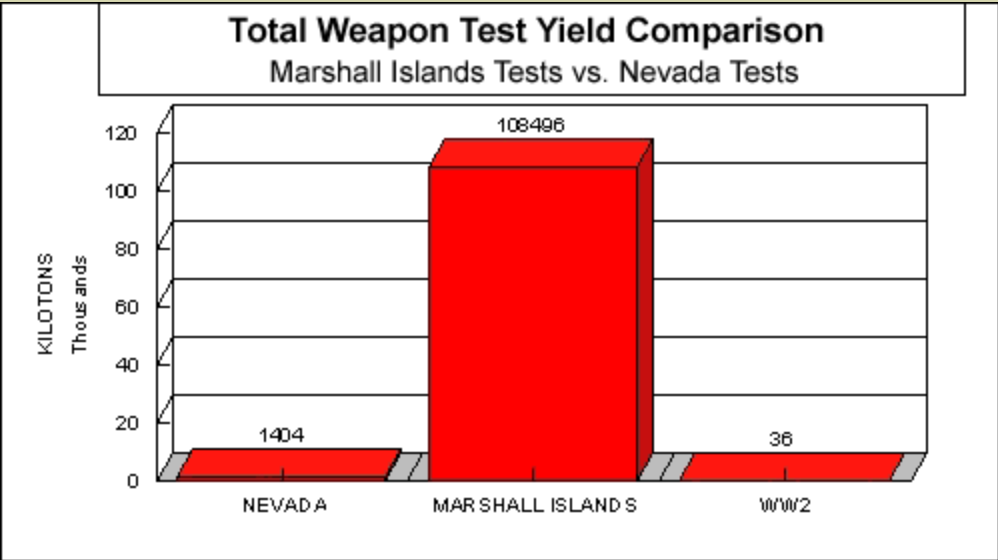 The people of Enewetak Atoll were removed from their homes in 1947 and the United States subsequently dropped 43 nuclear bombs on the atoll between 1948 and 1958.

The U.S. government spent about $105 million for cleanup activities of the Enewetak atoll in the 1970s, during which six men died. The U.S. military published a 700+ page report on these activities; the Los Angeles Times summarizes the cleanup as follows: “It took 4,000 U.S. servicemen three years to scoop up 33 Olympic-sized swimming pools’ worth of irradiated soil and two Olympic swimming pools’ worth of contaminated debris from islands across the atoll and dump it into the crater on Runit Island. Much of it was mixed in a slurry of concrete and poured into the pit, which was eventually capped with a concrete dome.” The Runit Dome currently shows signs of structural weakness; the U.S. government now contends that the crater was built to store the debris, not protect the rest of the nearby environment from its contents.

The residents of Enewetak were allowed to return in 1980 to a few of the southern islands in the atoll, but with unrealistic usage restrictions. As a result, the returned inhabitants of Enewetak face many obstacles to viable living conditions.

The Nuclear Claims Tribunal established between the U.S. and the Marshall Islands considered claims from the inhabitants of Enewetak for loss of use, restoration costs, and hardship damages and issued a total judgment in 2000 for $326 million, including $92 million for environmental remediation in particular. The Tribunal, however, did not receive sufficient funding from the U.S. to distribute this award. 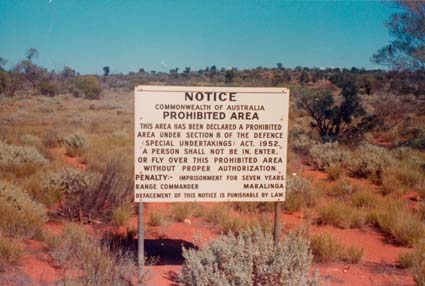 The United Kingdom pursued nuclear tests at the Maralinga site from 1956-1963. After removing Aboriginal inhabitants from this land, the UK conducted seven nuclear explosions and hundreds of “minor trials” at Maralinga that spewed radioactive materials like plutonium over concentrated areas.

The British conducted three organized cleanups in 1963, 1964, and 1967 and declared the site to be safe. The British removed debris and ploughed the soil in an attempt to dilute contamination, although one historian argues that these actions made contamination on the site worse.

A series of studies in the 1980s revealed that contamination was much worse than previously advertised. In 1991, the South Australian Government, the Commonwealth Government, and the Aboriginal community agreed on a cleanup plan. The Australian government conducted its own cleanup from 1995-2000 for about $100 million AUD, about half of which was paid by the United Kingdom.

A Maralinga Technical Advisory Committee (MARTAC) provided input through the process and issued a lengthy summary report in 2003. While the government formally claimed that cleanup was completed successfully and to a high standard, some have questioned this, including a former MARTAC member who was removed from that body.

In 2009, the land was formally handed back from the Australian government to the Maralinga Tjarutja community; reactions were mixed at that time as to whether the land should be considered safe. 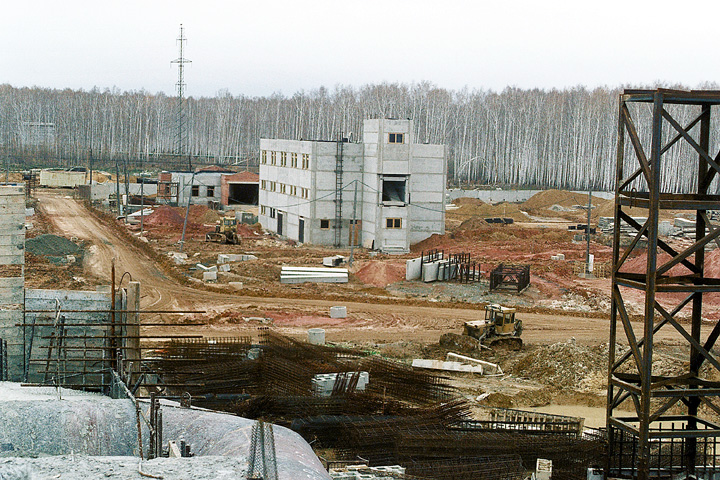 The Mayak Production Association plant in the Southern Ural region of Russia started in 1948 as a nuclear processing plant for the USSR’s nuclear weapons program and it continues to process nuclear material. The facility has caused major environmental contamination in the nearby vicinity and across Europe, including as recently as 2017.

For more than half a century, radioactive waste has contaminated nearby Lake Karachai and the Techa River system, which starts in the area and flows north into the Kara Sea. A 1994 analysis by Norwegian and Russian scientists found significant contamination in soils, water, and fish. An estimated 360 million cubic meters of waste are now in the series of reservoirs above the river, separated by dams. When water levels rise in the reservoirs, more contamination can flow into the river.

In 1957, a major accident occurred when a tank storing nuclear materials exploded. The ensuing radioactive cloud contaminated an area of 20,000 square kilometers that was home to 270,000 people. Two dozen villages, home to 10,000 people, were permanently evacuated. Despite an initial cover up, the explosion is now considered one of the largest nuclear disasters in history, alongside Chernobyl and Fukushima.

In 2016, the Russian nuclear agency Rosatom approved a Strategic Master Plan for the long-term environmental remediation of the Techa River Cascade. Rather than taking an active approach, the plan envisions designating certain reservoirs as waste storage facilities as radioactive materials gradually decay over the next 180 years. 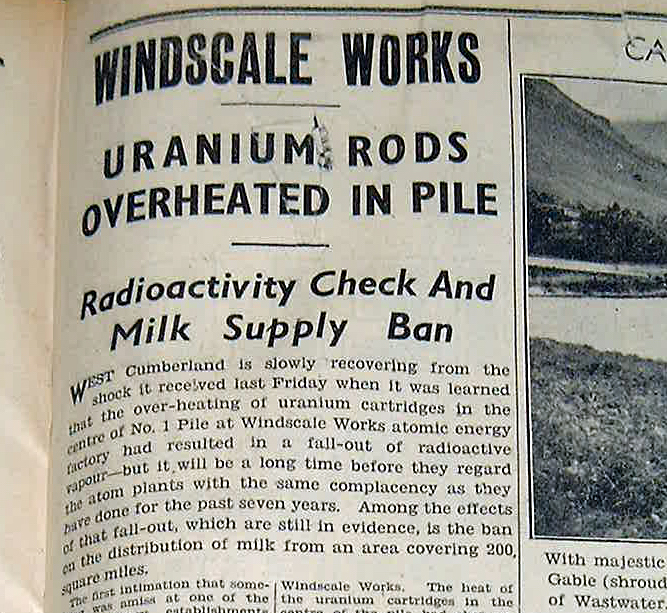 Sellafield is a nuclear facility in northwest England that included both a civilian nuclear power reactor and production facilities for the plutonium necessary for the United Kingdom’s nuclear weapons.

The complex has been responsible for environmental contamination in various ways. A fire in 1957 spread contamination across the countryside. It has also leaked radioactive contamination into the nearby Irish Sea. The site contains pools of radioactive sludge that have been considered the most hazardous sites in western Europe.

Cleanup is complicated and expensive, in part because for fifty years the site did not make a long-term plan for its waste. The latest available estimates for the cleanup suggest the cost will be £91 billion, a number that has risen significantly in the last decade. Cleanup operations are expected to continue for 100 years, to 2120.

For a long-term waste disposal facility, the United Kingdom plans to store waste underground and off-site, but faces siting challenges. The UK government asked for willing local communities to volunteer to host the site, offering incentives. Construction of the final “geological disposal facility” is estimated to cost £19 billion and would not be completed until after 2040.

Euractiv: We must condemn any and all threats to use nuclear weapons