The majority of millennials around the world support banning nuclear weapons, according to a new poll commissioned by the International Committee of the Red Cross. 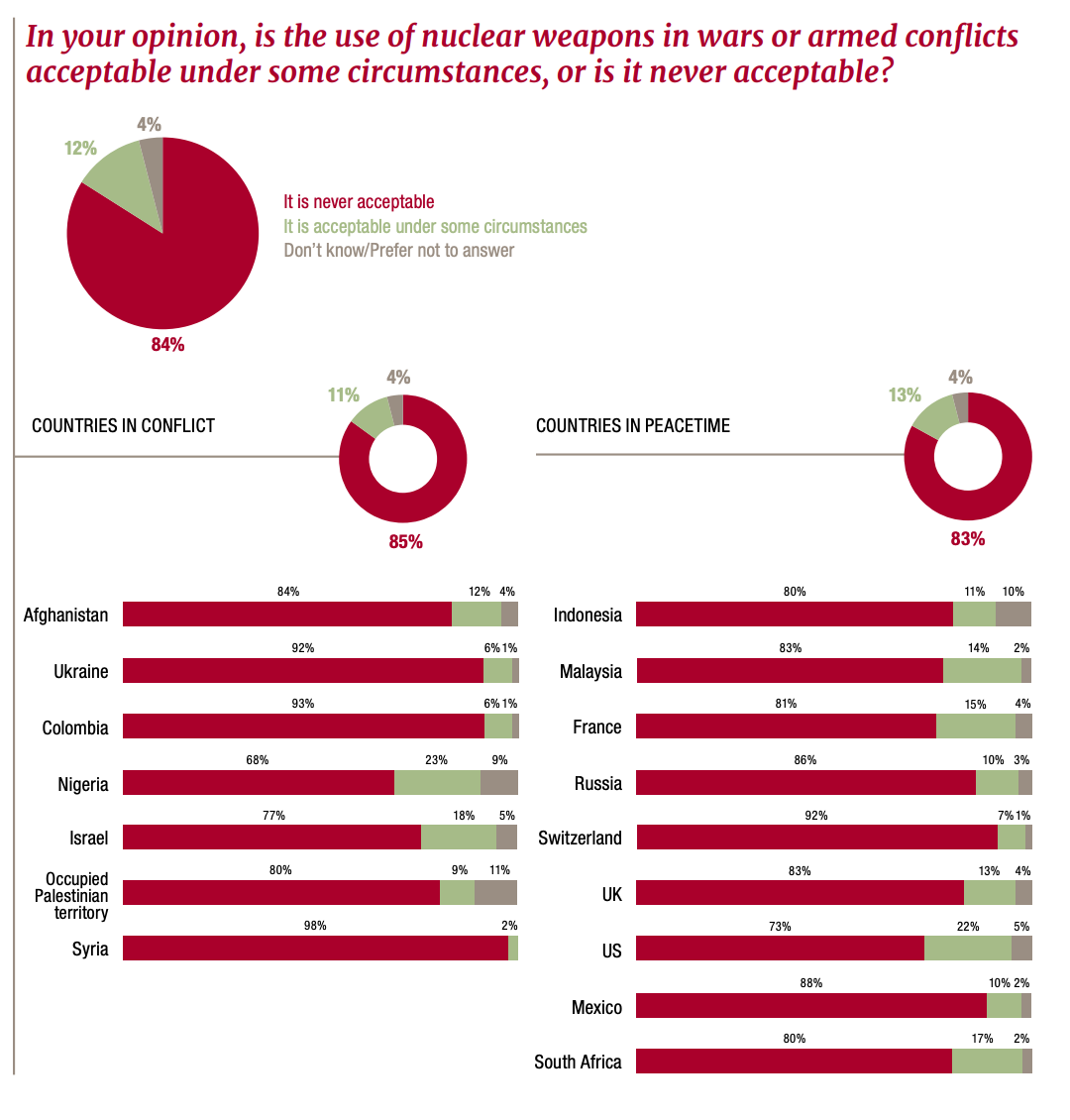 “The next generation has spoken: they don’t want nuclear weapons in their future,” said Alicia Sanders-Zakre, ICAN Policy and Research Coordinator, in response to the poll. “Today’s leaders should take heed and join the Treaty on the Prohibition of Nuclear Weapons as a first step towards a nuclear-weapon-free future.”