YouGov polls conducted in late 2020 in six NATO countries - Belgium, Denmark, Iceland, Italy, the Netherlands and Spain - show very high levels of public support for their countries to join the Treaty on the Prohibition of Nuclear Weapons. 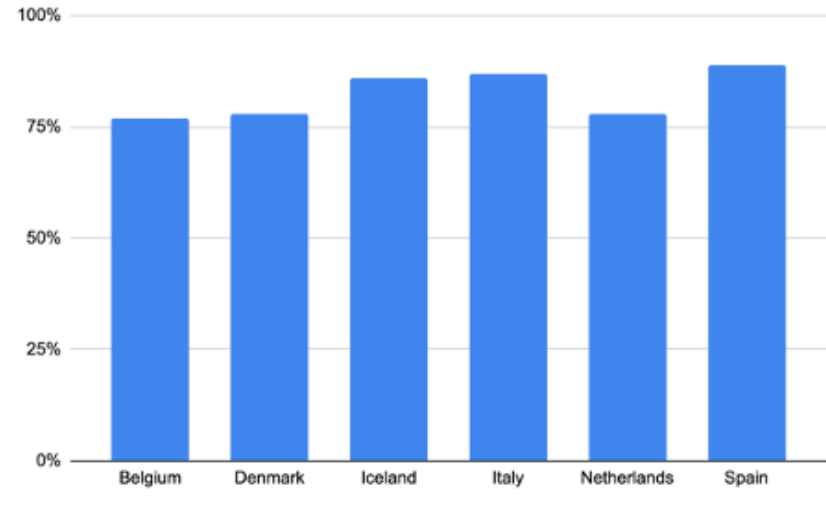 Percentage of respondents who answered “yes” to the question: “Do you think your country should join the UN Treaty on the Prohibition of Nuclear Weapons?”

On the contrary, support for the current government’s position - to not join the treaty - was in the single digits in most countries. Notably, those polled still overwhelmingly supported joining the TPNW even if their country would be the first NATO country to do so and they would face U.S. pressure not to. In Belgium, Italy and the Netherlands, the polls also found popular support for removing U.S. nuclear weapons from their territory.

These polls show how out of touch NATO policy on nuclear weapons is with the democratic support for the Treaty on the Prohibition of Nuclear Weapons. Now that the treaty has entered into force, global support for the TPNW, including within NATO will only continue to grow.

ICAN commissioned YouGov to carry out the polls, which surveyed about 1000 people in each country. More information about the polls and methodology are available in this briefing paper.