In an interview with ICAN,  Phil Hatcher-Moore, an independent photojournalist, who spent two months in and around the Semipalatinsk Test Site in Kazakhstan—where nearly a quarter of the world’s nuclear tests were conducted during the Cold War— shares his experience on his project “Nuclear Ghosts” that  explored the tests’ legacy on the communities that live nearby.

Inspiration behind the “Nuclear Ghosts” project 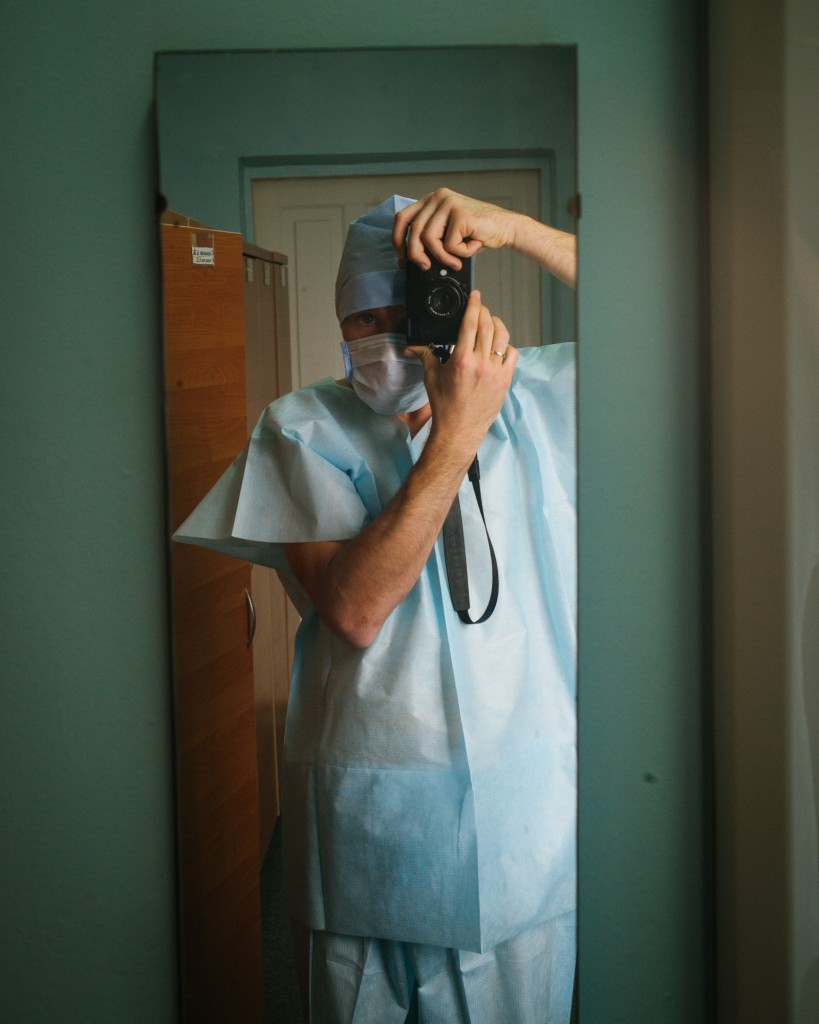 I was astounded when I came across the statistic that a quarter of the world’s nuclear tests took place in a small, remote region in what is now Kazakhstan. I wanted to learn more about the effects on both the local population, and the environment there. And the more I researched, the darker the story got. I was fortunate to win the 2016 Yves Rocher Foundation prize, which allowed me to undertake two, month-long trips to the region, and meet people who shared their direct experience of the time, and their research into the subsequent effects. 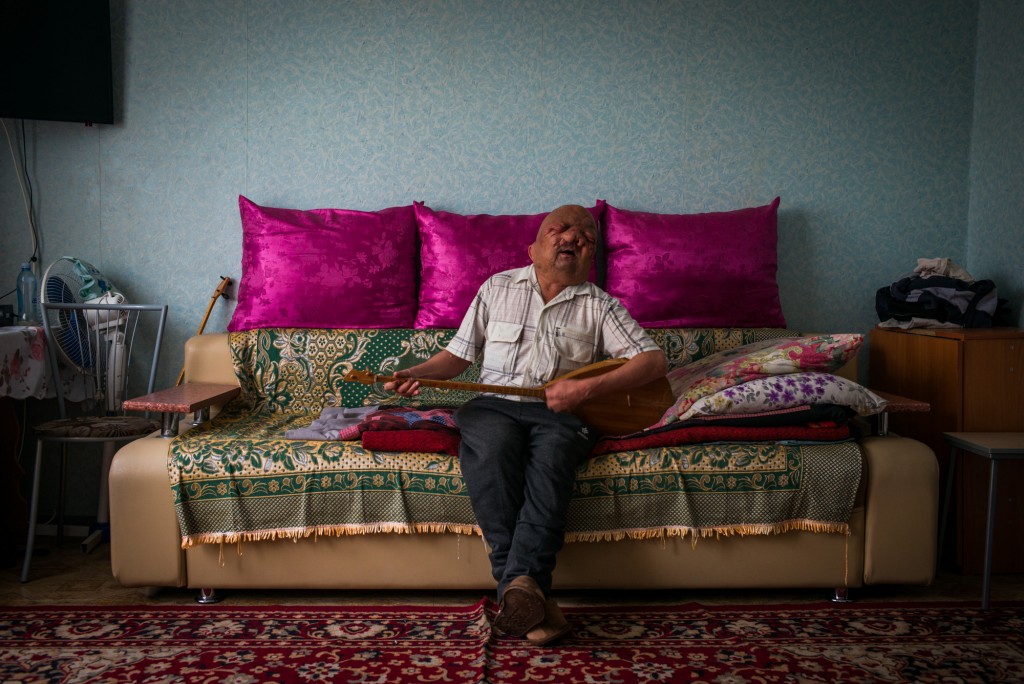 I met people who had been affected by the nuclear tests in very different ways, from witnesses to the original tests, to children whose health suffered despite even their parents not having been directly exposed to the tests. Amongst everyone I met, it’s hard to say whose story was the most moving, but I felt a deep sense of injustice to all of those whose lives had been so deeply affected, especially people like Berik—who was born blinded by severe disfigurements —and Alijan—who was born with mental impairments, and his mother who has had to give up everything to look after him, along with his three siblings. 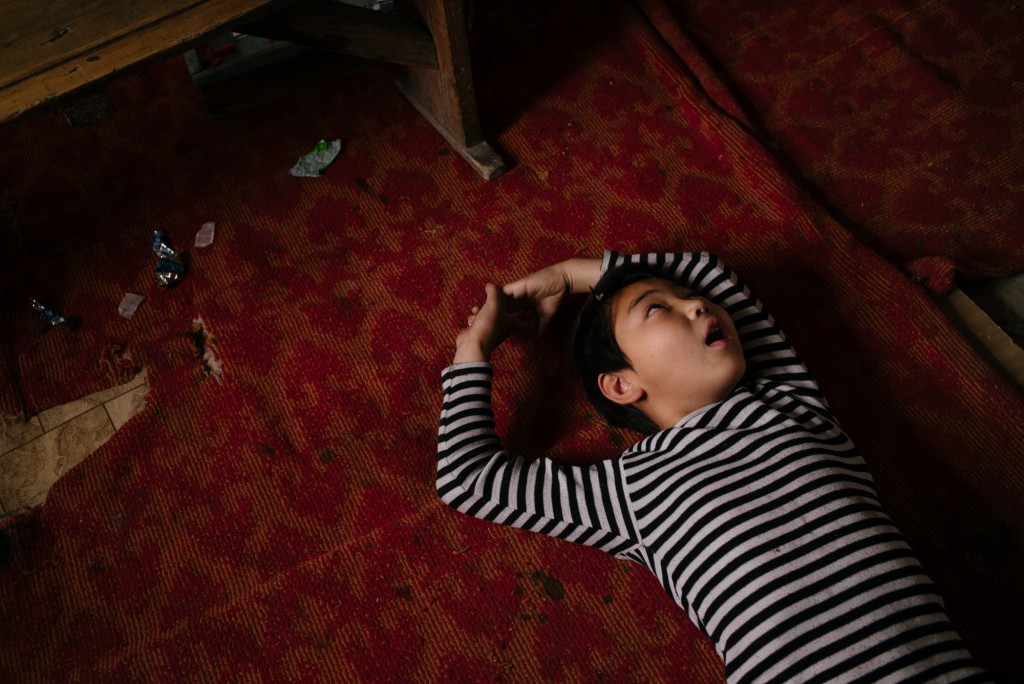 One of the things that surprised me most was the extent to which the effects of nuclear testing could be passed on through the generations. Its traces are etched into the DNA of the local population, even those many miles away, as winds blew the fallout towards other major population centres. Some of these effects manifested themselves early on, but children are still being born today with illnesses and birth defects that are linked to the testing at the Polygon.

Kadariya Omarov, 83, continues to live on the edge of the former test-site, and says the black marks on his face were a result of the sand that blew in following the blasts. Berik Syzdykov, 38, was not yet born when his mother saw a flash in the sky, but carries the disfigurement of the radiation exposure. And eight year-old Alijan Imanbaev has no physical scars, but his life is marked by the learning disabilities which are attributed to the radiation from tests near his grandparents village during the Cold War many years before Alijan was even born. 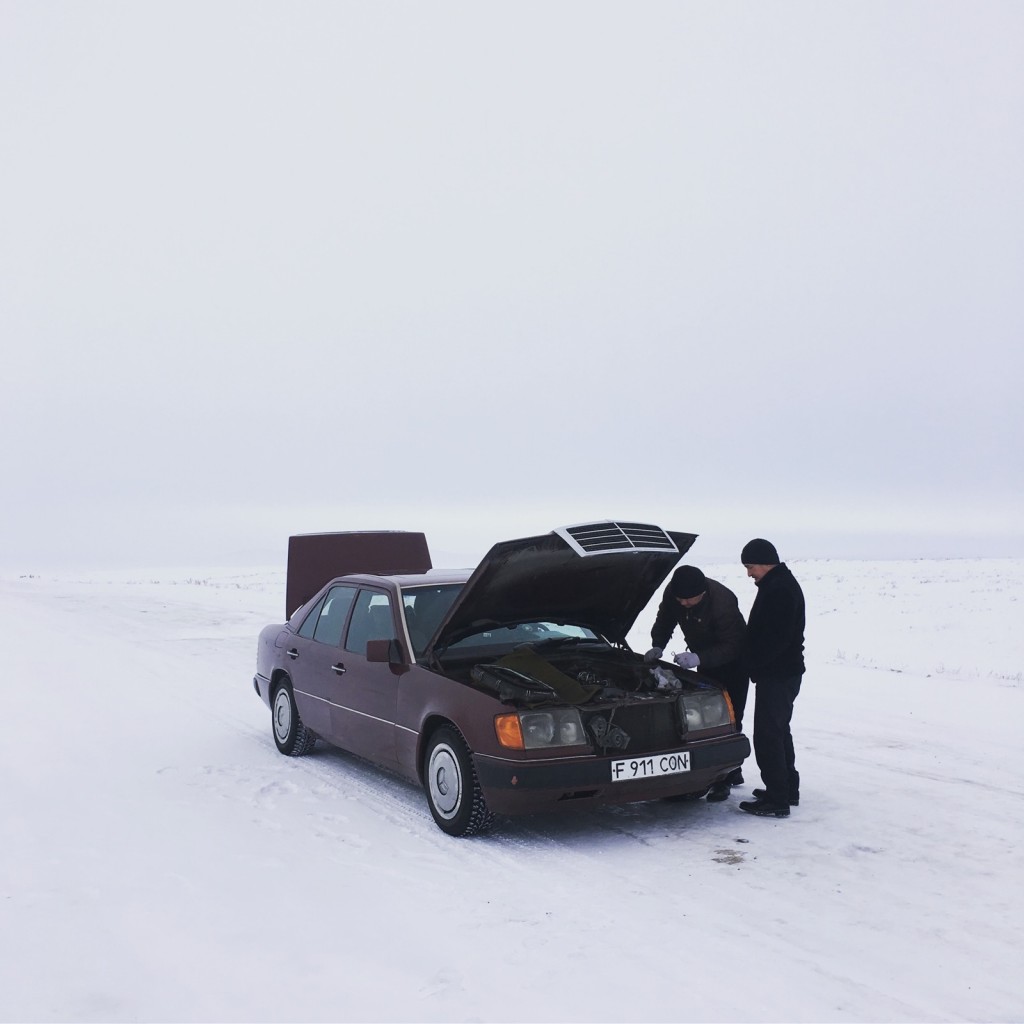 I never find it easy to ask people about traumatic, or difficult events, especially if I’m also dragging up memories of something six decades ago. It took time for people to talk openly about the effects that the testing has left on their lives. What surprised me was how many people—from individual families, to officials—seemed to feel shame that they were living with this legacy. I considered that the tests were forced upon them by Moscow at the time, and that if anything, they should feel pride that on gaining their independence in 1991, Kazakhstan renounced the nuclear weapons they inherited, and closed the Polygon.

One of the more ridiculous situations I found myself in was when the manager of an industrial plant I wanted to photograph refused access because he had been so angered by the film Borat, and feared that I was just trying to portray the country in the same light! And once driving across the frozen Steppe, with outside temperatures down at around -30ºC, our car broke down. There was nothing for miles, and all I could see outside was 360º of white; no other cars, no features on the horizon, and all but a barely discernible distinction between land and sky. If it were not for the handy mechanics of our driver, we would have frozen to death out there! The photo of that scene—an old Mercedes with its bonnet up, surrounded by white—is one I’m particularly fond of. 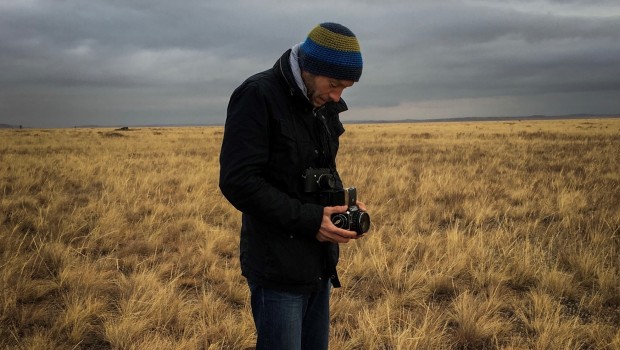 One of the things that struck me most when driving around places like Kurchatov—which the headquarters of the testing programme in the Polygon—was the massive amounts of waste from the period. Row after row of apartment blocks stood decaying, emptied of the thousands of people who used to live in this “closed military area” during the Cold War. Nearby, the Chagan military town is now completely empty, and desolate. Thousands of tonnes of concrete shells of buildings, abandoned. It seemed like an apt metaphor for mankind’s folly, of which nuclear weapons seem to be the ultimate testament. The ground is left scarred by the tests, the radiation seeped into it for generations to come. And families who live in the region wear those same scars—sometimes visibly, sometimes not.

‘I am Become Death’ comes to Tularosa Basin: The Trinity Test 74 years later