Costa Rica has signed and ratified the Treaty on the Prohibition of Nuclear Weapons.

Luis Guillermo Solís, the then-president of Costa Rica, signed the treaty on 20 September 2017. Elayne Whyte, the permanent representative of Costa Rica to the United Nations in Geneva, deposited the country’s instrument of ratification with the UN secretary-general on 5 July 2018.

Addressing the United Nations ahead of the signing ceremony in September 2017, Solís said: “This treaty is a strong message that most UN member states do not support, do not accept, and do not consider nuclear weapons as legitimate, and that the international community clearly states that nuclear weapons are not only immoral, but are henceforth illegal.”

Costa Rica participated in the negotiation of the treaty at the United Nations in New York in 2017 and voted in favour of its adoption. 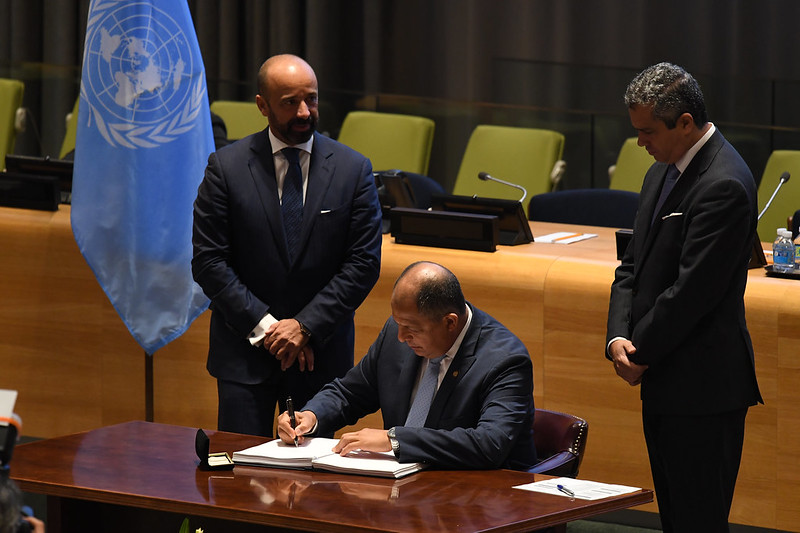 Costa Rica has promoted universal adherence to the treaty, including by co-sponsoring a UN General Assembly resolution in 2019 that calls upon all states to sign, ratify, or accede to the treaty “at the earliest possible date”.

In a statement to the United Nations in September 2019, the president of Costa Rica, Carlos Alvarado Quesada, said that “the treaty bolsters the political standard-setting, humanitarian and legal imperatives of nuclear disarmament, which are the prime objective of this organisation”.

In its opening statement to the negotiating conference, Costa Rica described the task at hand as being “to fill the existing legal void” and “to add to international law a chapter that should have been written long ago”.

Elayne Whyte Gómez served as president of the negotiating conference. Upon gavelling through the treaty on the final day of the conference, she remarked: “We have managed to sow the first seeds of a world free of nuclear weapons.” 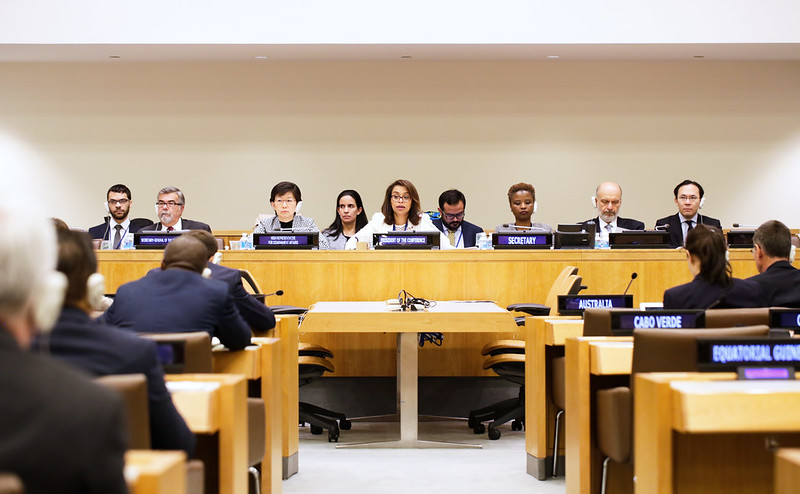 In 2016, Costa Rica was a co-sponsor of the UN General Assembly resolution that established the formal mandate for states to commence the negotiations in 2017 on “a legally binding instrument to prohibit nuclear weapons, leading towards their total elimination”.

Costa Rica was among 127 states that endorsed a “humanitarian pledge” in 2015–16 to cooperate “in efforts to stigmatise, prohibit, and eliminate nuclear weapons”. The pledge was instrumental in building momentum and support for convening the negotiations.

Costa Rica is a state party to the 1967 Treaty of Tlatelolco, which established Latin America and the Caribbean as a nuclear-weapon-free zone. 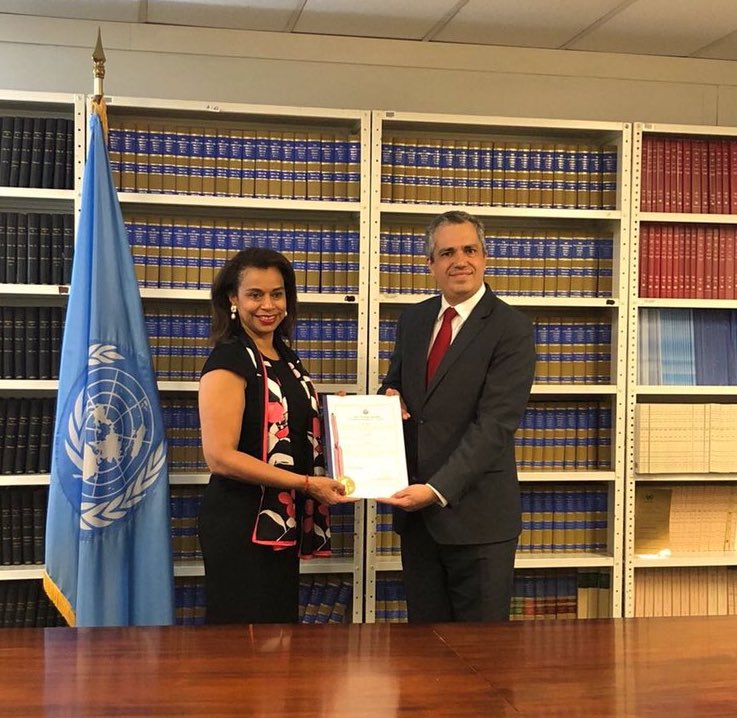