Austria has signed and ratified the Treaty on the Prohibition of Nuclear Weapons.

On 20 September 2017, the minister for foreign affairs of Austria Sebastian Kurz signed the treaty. Ambassador Jan Kickert, the permanent representative of Austria to the United Nations, deposited the country’s instrument of ratification with the UN secretary-general on 8 May 2018.

Austria participated in the negotiation of the treaty at the United Nations in New York in 2017 and voted in favour of its adoption.


Addressing the United Nations ahead of the signing ceremony in September 2017, Kurz said: “Today, we often hear that nuclear weapons are necessary for security. This narrative is not only wrong, it is dangerous. The new treaty provides a real alternative: a world without nuclear weapons, where everyone is safer.” 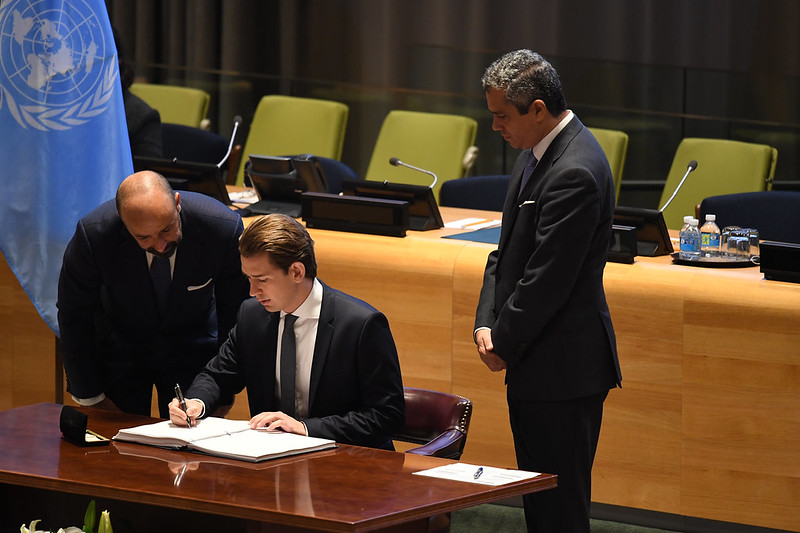 Austria has promoted universal adherence to the treaty, including by initiating and co-sponsoring a UN General Assembly resolution in 2019 that calls upon all states to sign, ratify, or accede to the treaty “at the earliest possible date”.

In a statement to the United Nations in September 2019, the minister for foreign affairs of Austria, Alexander Schallenberg, said: “With every additional signature and ratification, states send a very powerful signal that having a say on nuclear weapons is not exclusive to states who possess them. The security of all our citizens is equally important and equally at risk.”

In its opening statement to the negotiating conference, Austria argued, in response to critics of the process, that there is no “wrong time” for negotiating a treaty to prohibit nuclear weapons. “If you look at the risks, what is the alternative? Is doing nothing a better strategy?”

Austria, Brazil, Ireland, Mexico, Nigeria, and South Africa comprised a “core group” of states that played a leading role in bringing the negotiations about and ensuring their ultimate success. 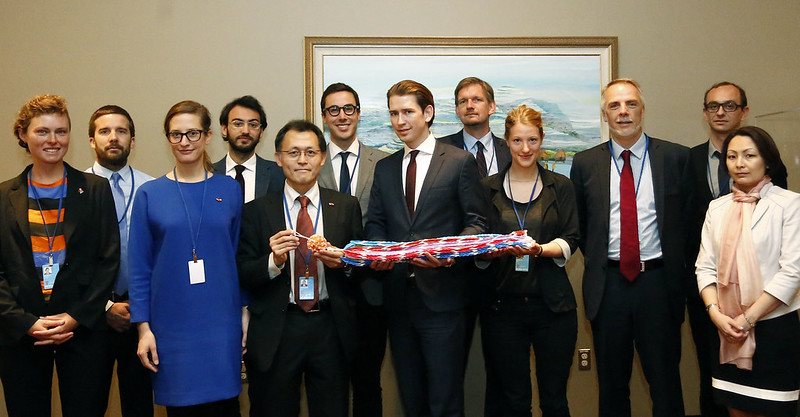 In 2016, Austria was an initiator and co-sponsor of the UN General Assembly resolution that established the formal mandate for states to commence the negotiations in 2017 on “a legally binding instrument to prohibit nuclear weapons, leading towards their total elimination”.

In 2014, Austria hosted the third in a series of inter-governmental conferences on the “humanitarian impact of nuclear weapons”, at which it launched a pledge, subsequently endorsed by 127 states, to cooperate “in efforts to stigmatize, prohibit, and eliminate nuclear weapons”.

The “humanitarian pledge”, as it became known, was instrumental in building momentum and support for convening the negotiations.

These are the Austrian elected officials that have committed to support and promote the TPNW: