Promoting the Treaty on the Prohibition of Nuclear Weapons in Africa

In July 2017, 122 states voted to adopt the Treaty on the Prohibition of Nuclear Weapons. Forty-two were African states. Since then, all 54 African states have voiced their support for this landmark treaty in the UN General Assembly, and many have signed and ratified it (see the list here), while several are now in the process of becoming states parties. Below is a summary of some of the activities carried out by ICAN and its partner organisations across Africa to promote adherence to the TPNW and to raise awareness of the grave threat that nuclear weapons pose to all humanity.

In February 2022, the Association Angola 2000, an ICAN partner organisation, convened a workshop in Luanda to discuss the threat of nuclear weapons and share perspectives on the ratification of the TPNW (see photos here). Participants included representatives of the foreign and defence ministries, non-government organisations, churches, and the media.

According to the government of Angola, the adoption and opening for signature of the TPNW in 2017 were a “clear illustration” of the commitment of many states “to contribute greatly to the total eradication of nuclear weapons” and to “international peace and security”. Angola signed the TPNW in 2018 and is now working towards ratifying it. 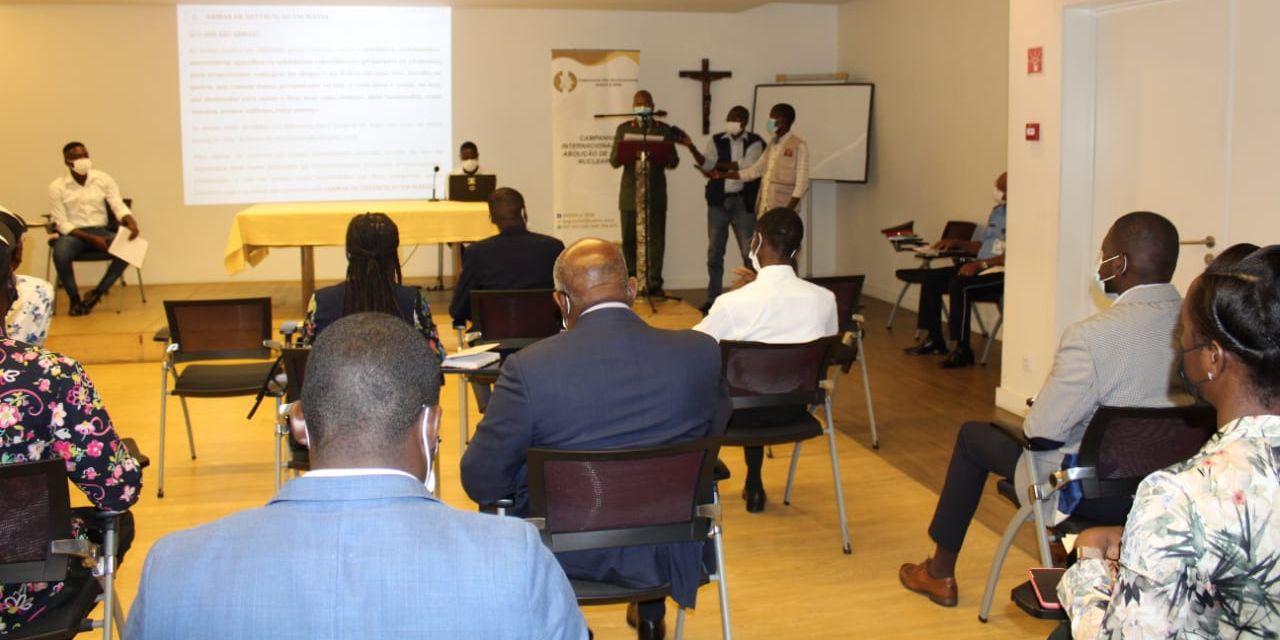 In April 2021, the Burkina Faso chapter of the Women’s International League for Peace and Freedom, an ICAN steering group member, held a meeting in Ouagadougouto to promote adherence to the TPNW. Burkina Faso has hailed the TPNW’s entry into force as “a great victory for all the peoples of the world and a very significant event in the history of humanity”. 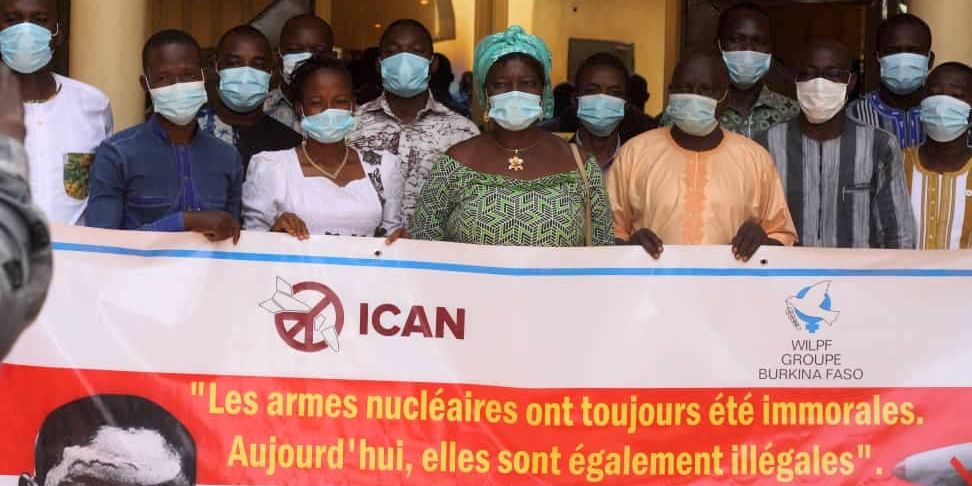 In January 2021, the Colonie des Pionniers de Développement, an ICAN partner organisation, held an event in Gitega to celebrate the entry into force of the TPNW and to promote Burundi’s accession to the treaty. Participants included government officials and representatives of various civil society organisations. 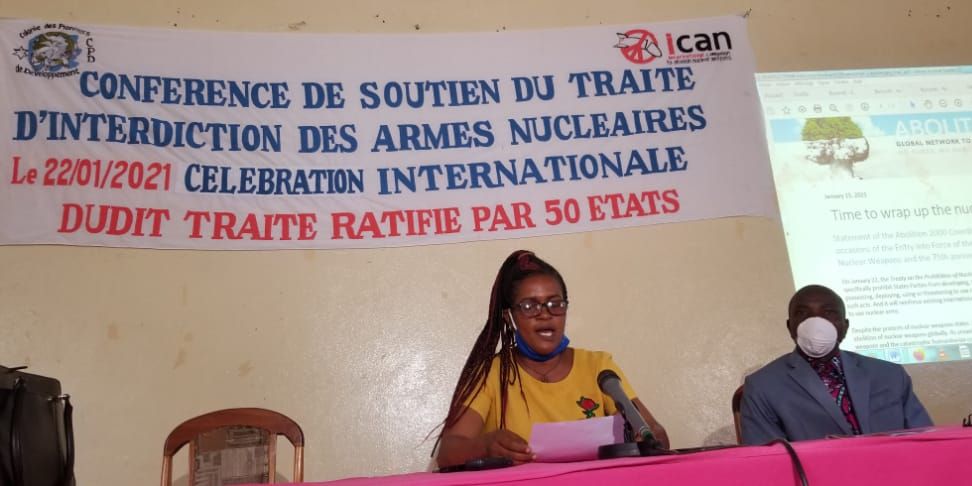 The Cameroon chapter of the Women’s International League for Peace and Freedom, an ICAN steering group member, has carried out several activities in Yaoundé to promote Cameroon’s accession to the TPNW, including a press conference in April 2021 and a workshop with various stakeholders in January 2022. 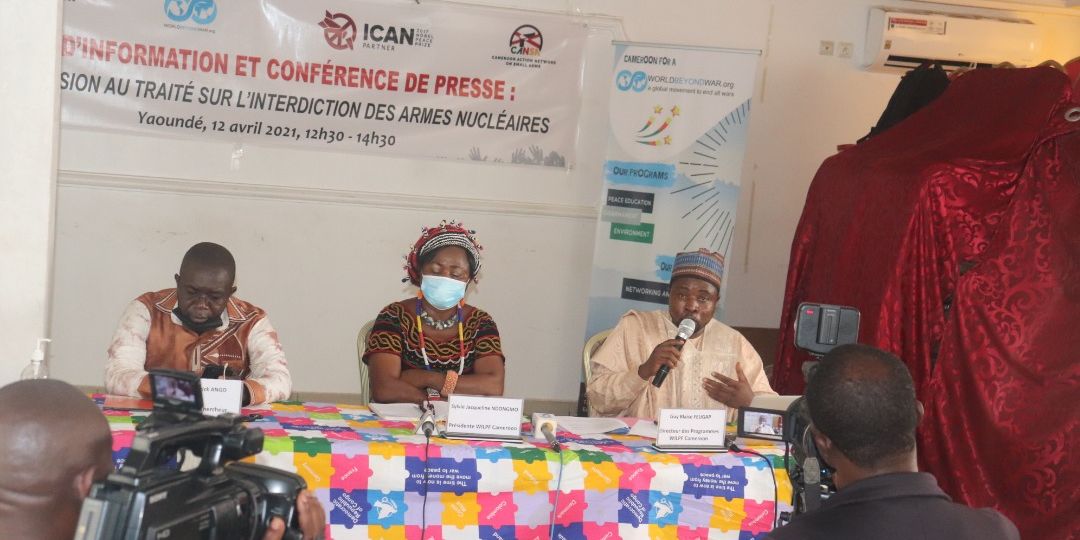 In July 2021, the Central African Republic chapter of the Women’s International League for Peace and Freedom, an ICAN steering group member, organised a high-level workshop on the TPNW with government officials, parliamentarians, and civil society representatives. According to the government, “the internal procedure for ratifying the TPNW is in progress”.

In February 2022, the Chadian chapter of the Women’s International League for Peace and Freedom, an ICAN steering group member, in cooperation with the UN Development Programme, held a debate on the TPNW, with the participation of public authorities, media, and civil society. The government has said that it will adhere to the TPNW “when the time comes”.

In September 2020, the foreign ministry of Comoros and the Association SALAM, an ICAN partner organisation, co-hosted a workshop in Moroni to brief members of parliament about the TPNW. Subsequently, the parliament approved ratification of the treaty, and Comoros deposited its instrument of ratification with the UN secretary-general in February 2021.

In a statement to the United Nations in September 2021, Comoros said: “Each new signature and ratification of this important legal instrument strengthens the global norm against the possession of nuclear weapons, and brings us closer to a world free from nuclear weapons.” 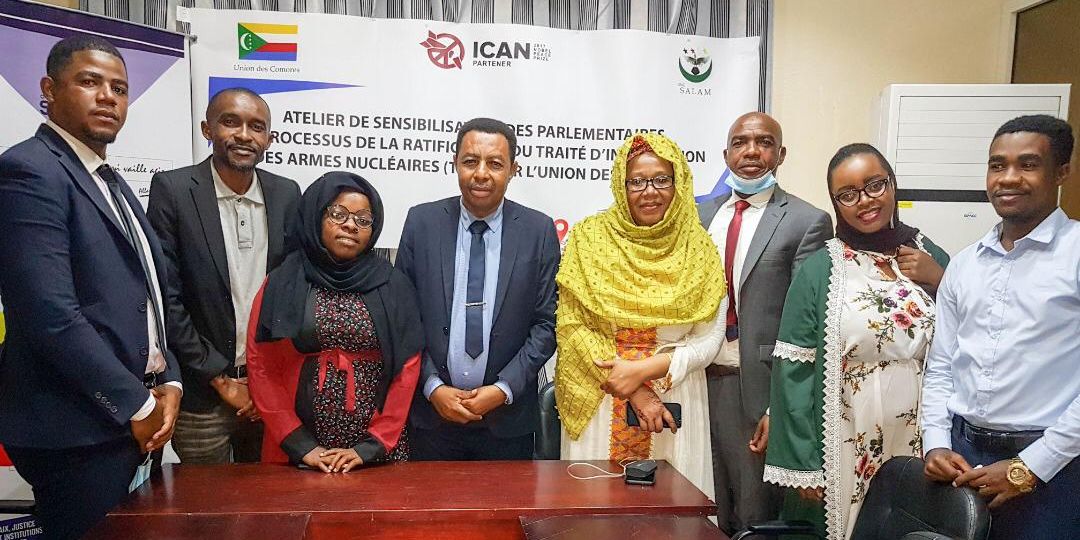 Democratic Republic of the Congo

ICAN’s partner organisations in the Democratic Republic of the Congo, including the Conseil National des Religions pour la Paix and Cri de Secours contre la Prolifération des Armes Légères en Afrique, have organised events and met with government officials and parliamentarians to promote ratification of the TPNW. The government has welcomed the TPNW’s entry into force. 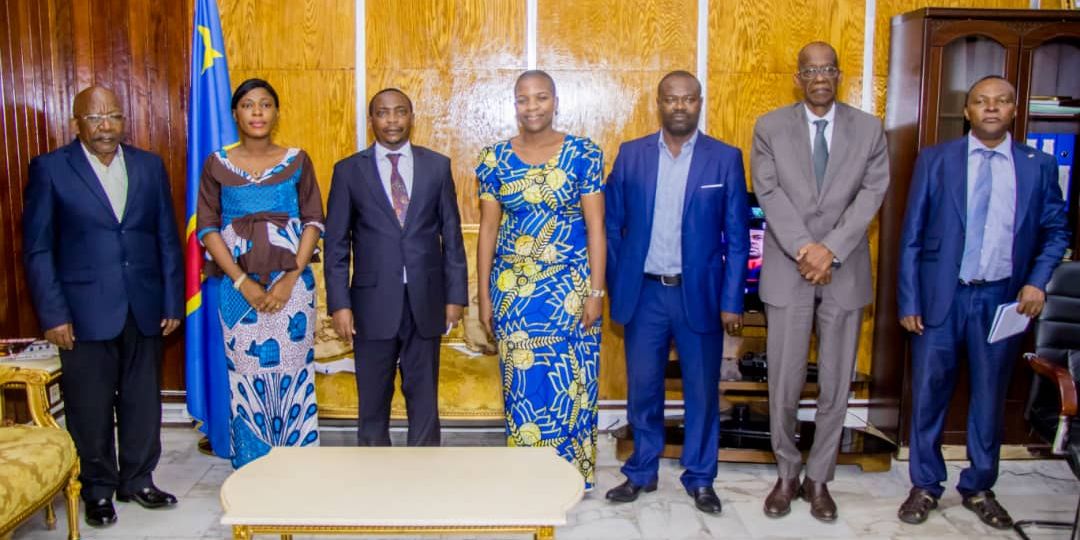 The Survivors Recovery and Rehabilitation Organisation, an ICAN partner organisation, convened a meeting in February 2022 to mark the first anniversary of the TPNW’s entry into force. In previous years, it also organised workshops in Addis Ababa with government officials and parliamentarians to promote adherence to the TPNW. The government has said that it has “fully supported the [TPNW] and we look forward to ratifying it”. 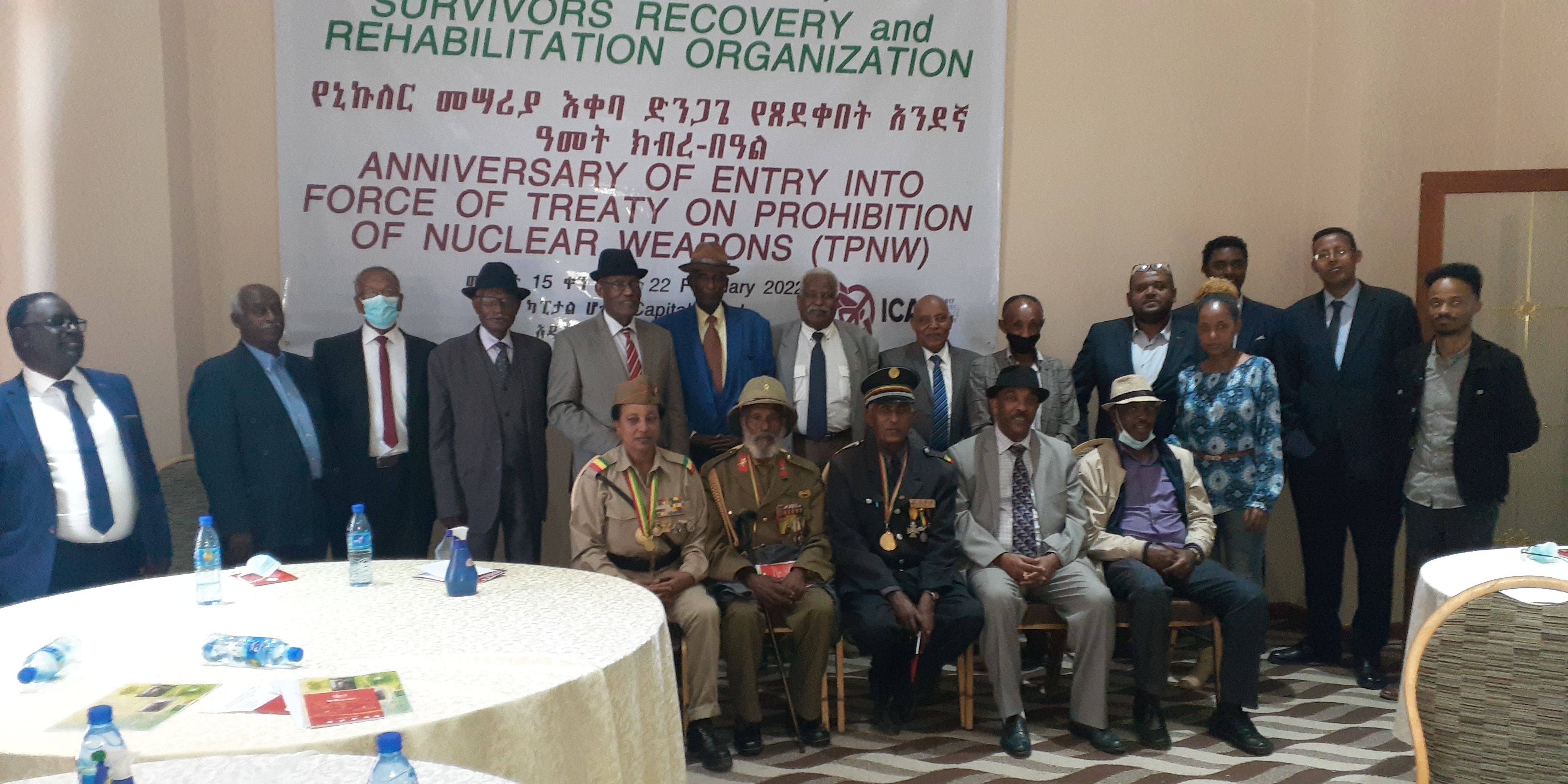 In July 2021, the Foundation for Security and Development in Africa, an ICAN partner organisation, convened a multi-stakeholder workshop in Accra with government officials from various ministries, parliamentarians, and members of civil society to advance Ghana’s ratification of the TPNW. The government has said that “national processes are currently under way in Ghana for the ratification of the treaty”. 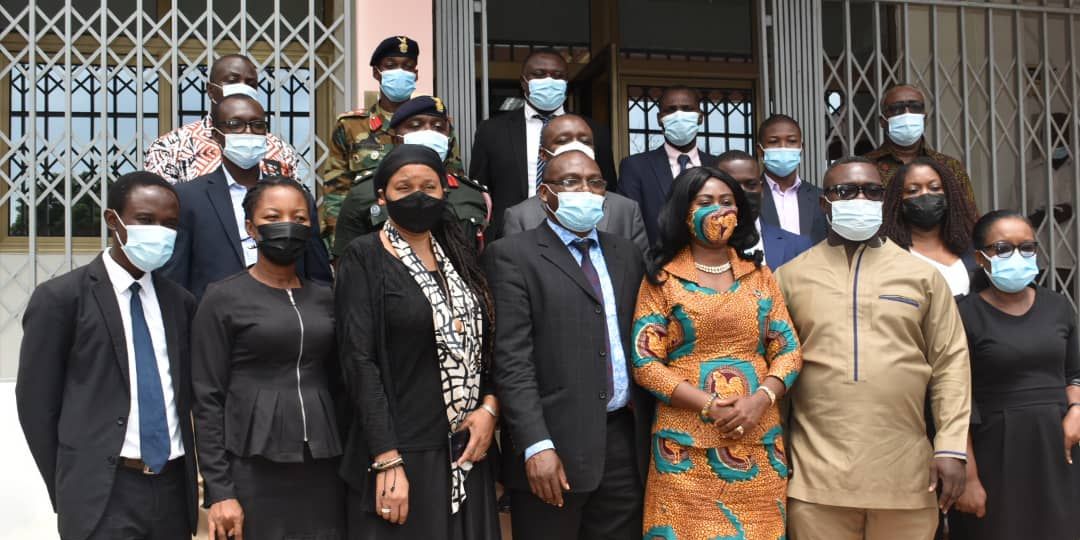 Kenyan parliamentarians and officials participated in a workshop on the TPNW in Nairobi in March 2021 organised by the African Council African Council of Religious Leaders – Religions for Peace, an ICAN steering group member. A second workshop, involving mostly legal and technical experts, was held in Naivasha in September 2021. The government has described the adoption of the TPNW as “a critical milestone in achieving a nuclear-free world”. 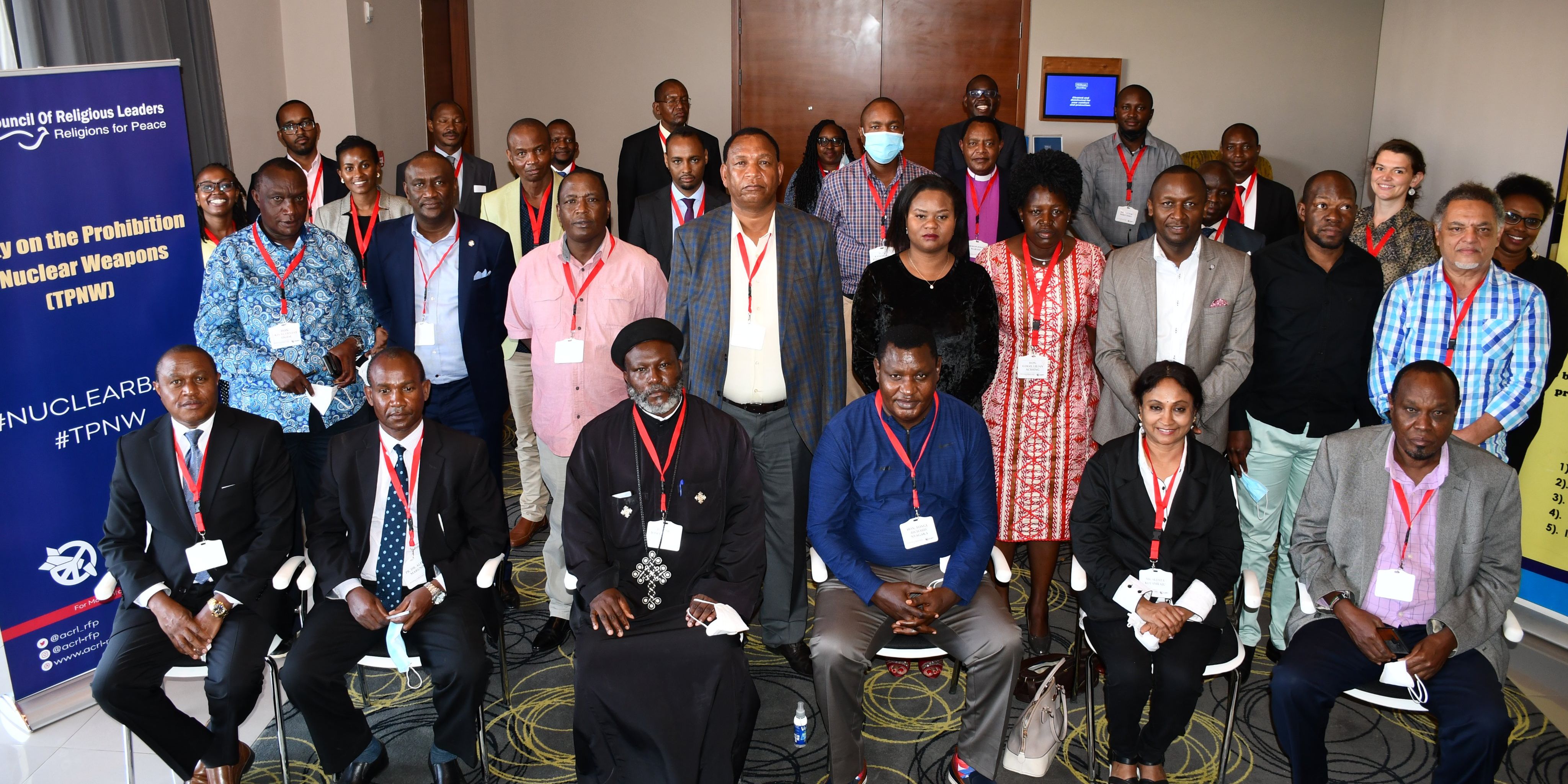 The People’s Federation for National Peace and Development, an ICAN partner organisation, has held meetings with various senior government officials to promote ratification of the TPNW. In 2021, as part of the universal periodic review conducted by the UN Human Rights Council, Malawi accepted a recommendation to become a TPNW state party.

In February 2022, the Timbuktu Center for Strategic Studies on the Sahel, an ICAN partner organisation, convened a workshop in Bamako to promote Mali’s accession to the TPNW. Officials from the ministry of foreign affairs and international cooperation participated. 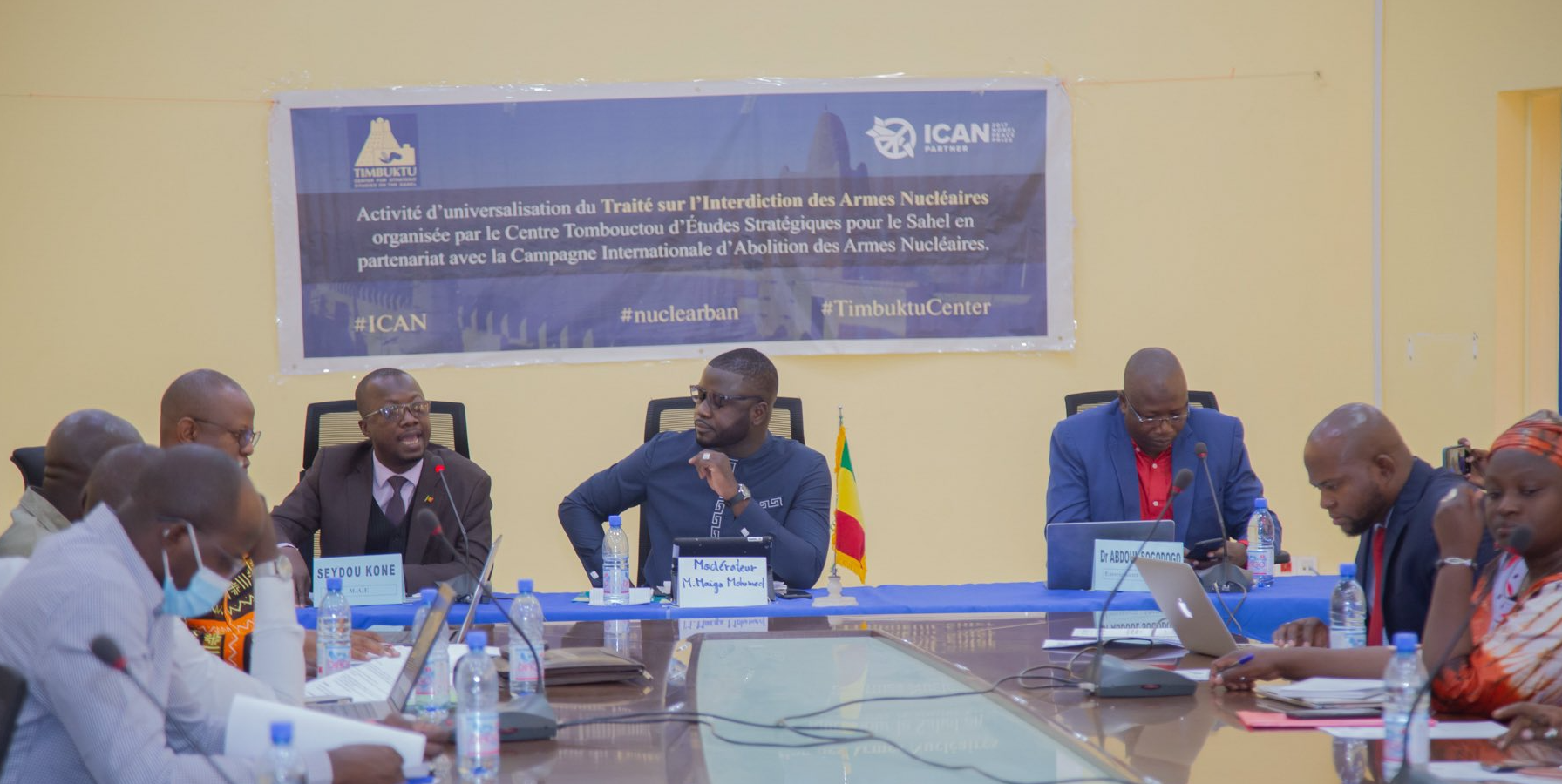 In August 2020, representatives of the Council of Religions, an ICAN partner organisation, met with the prime minister, Pravin Kumar Jugnauth, to promote Mauritius’ accession to the TPNW. According to the government, the TPNW is an “important instrument” that “sustains the commitment of the international community to uphold the disarmament agenda”. 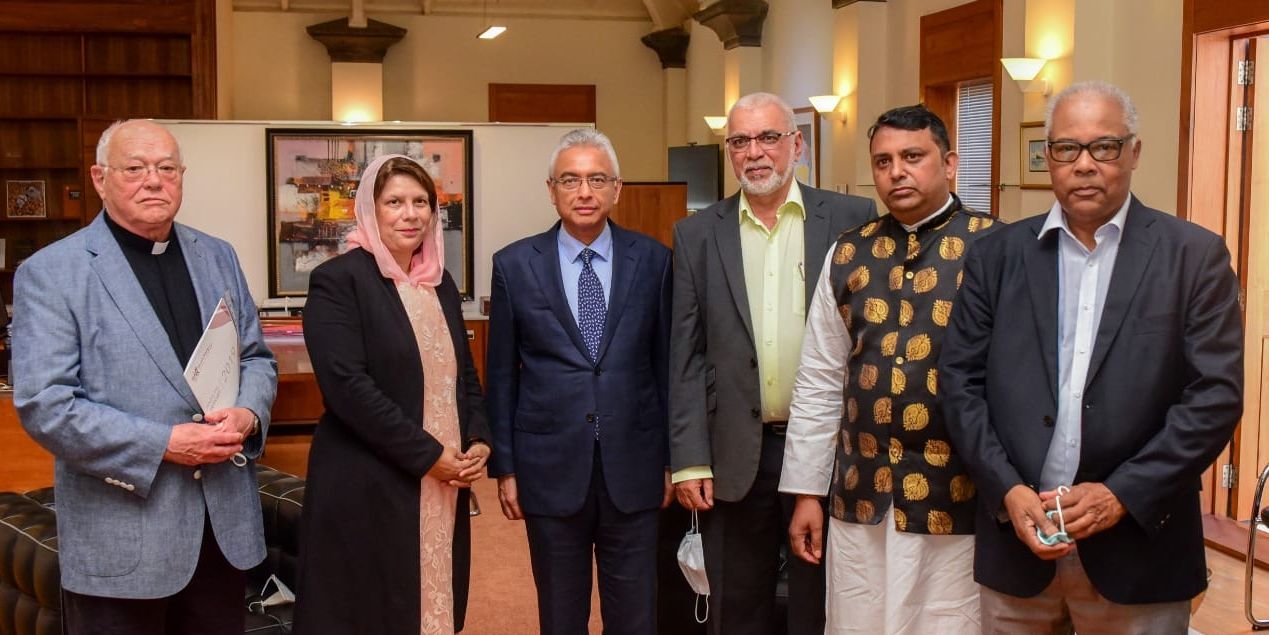 In November 2020, with ICAN’s support, the Council of Religions in Mozambique organised a workshop in Maputo to promote ratification of the TPNW. Participants included parliamentarians and various other stakeholders. The International Committee of the Red Cross held a similar workshop in October 2021. 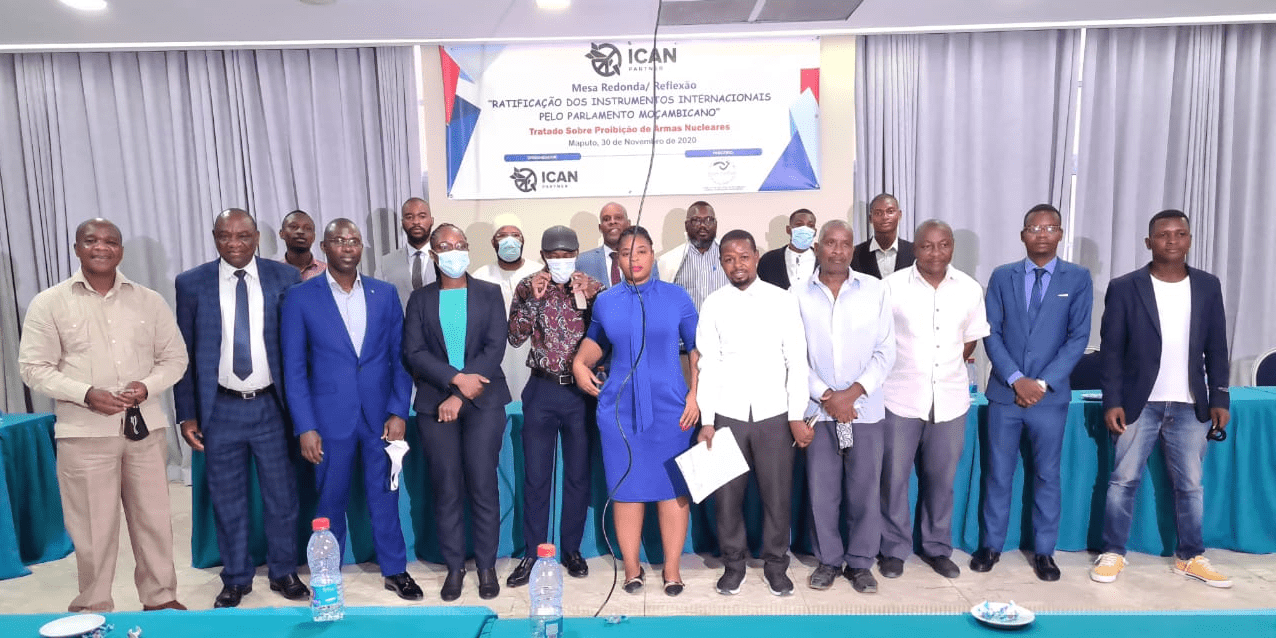 Campaigners and government officials from West African states met in Abuja in August 2019 to discuss universalisation of the TPNW. Following the event, Nigeria’s federal executive council, chaired by the president, approved the ratification of the treaty, and Nigeria deposited its instrument of ratification with the UN secretary-general on 6 August 2020, the 75th anniversary of the US atomic bombing of Hiroshima. 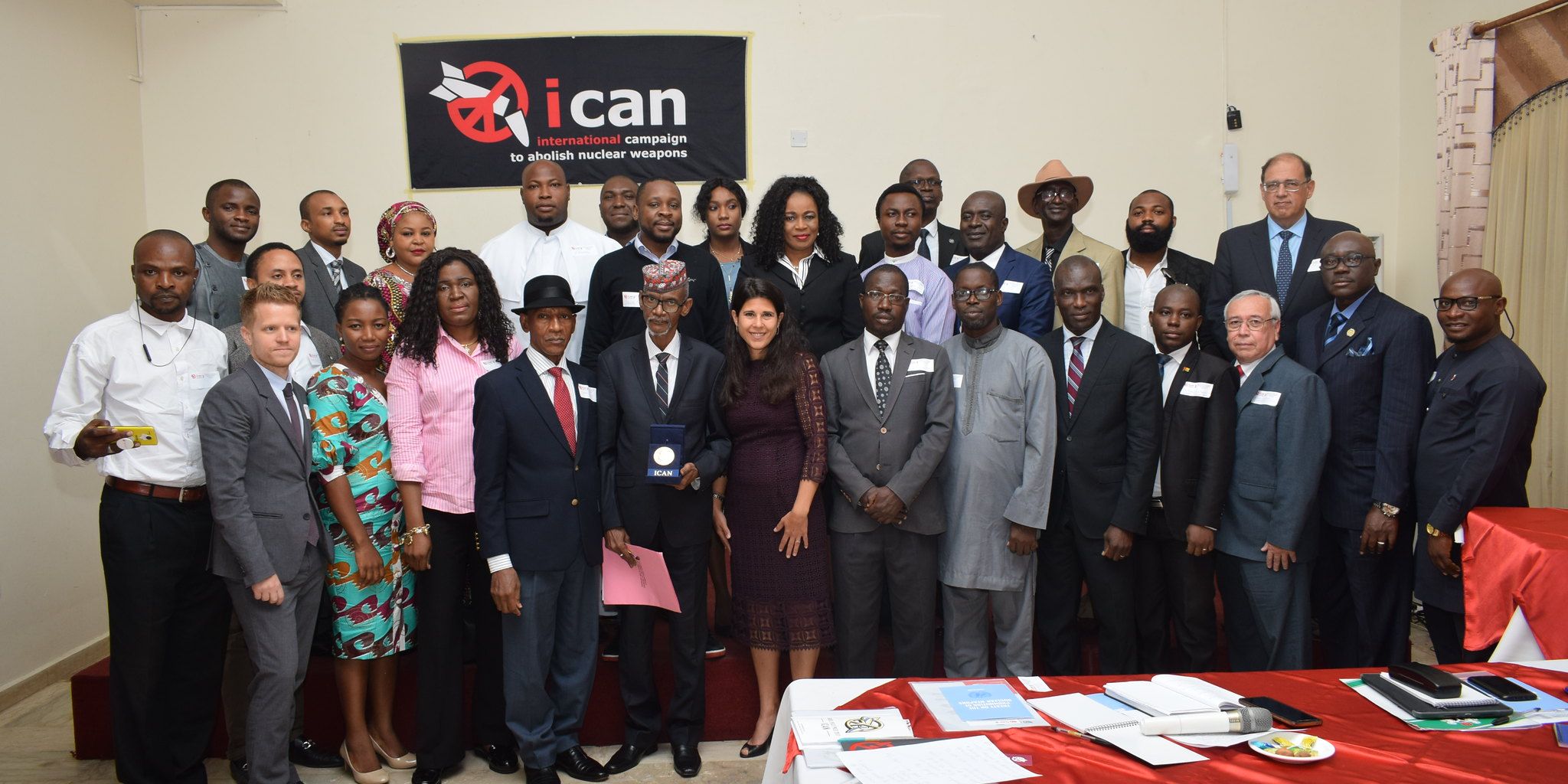 In January 2022, the Association de Jeunes de Saint Charles Lwanga, in cooperation with the Commission Episcopale Justice et Paix, convened a workshop in Kigali with government officials and other stakeholders to discuss the TPNW. Following the meeting, the foreign ministry indicated that Rwanda would adhere to the treaty in due course. 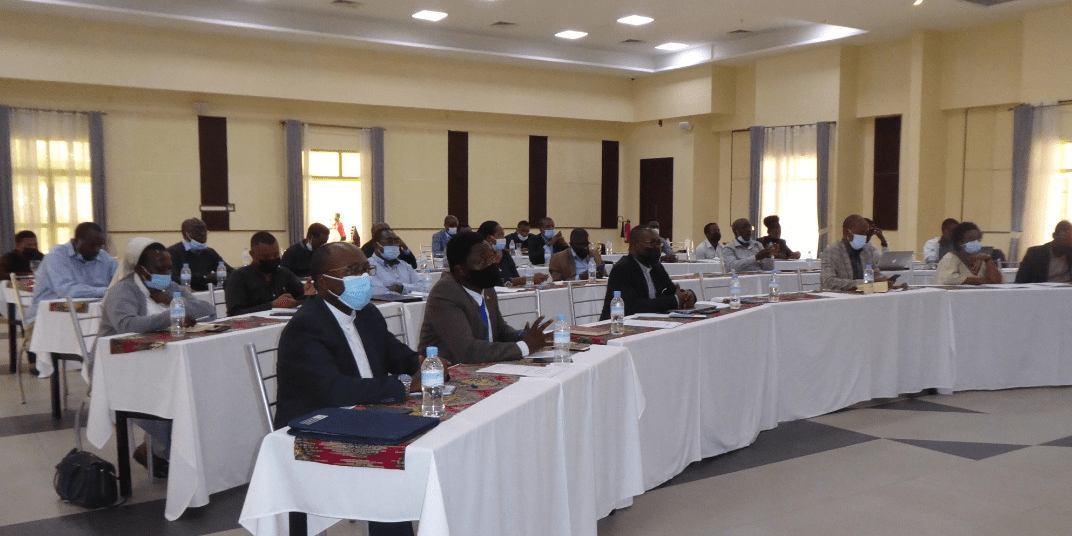 In December 2020, Réseau des Anciens Jécistes, an ICAN partner organisation, conducted a capacity-building roundtable on the TPNW in Dakar with the participation of more than 50 senior religious leaders. In March 2021, public awareness activities were held with youth leaders and civil society organisations to promote the treaty.

The Campaign for Human Rights and Development International, an ICAN partner organisation, has convened several meetings to promote Sierra Leone’s accession to the TPNW, including a meeting in March 2021 with the foreign ministry and attorney-general’s office. The government has said that it “remains committed to the signing and ratification of the TPNW”.

In August 2018, the South African foreign ministry and ICAN co-hosted a regional conference in Pretoria to encourage African states to join the TPNW. Delegations representing 20 states from the region participated and “pledged to work with policymakers in capitals to effect the policy processes necessary to ensure signature and ratification of the [TPNW]”.

The South African national assembly approved ratification of the TPNW in November 2018, and the instrument of ratification was deposited with the UN secretary-general in February 2019. In a statement to the United Nations in October 2021, South Africa welcomed the entry into force of the TPNW as “one of the most important developments towards nuclear disarmament”. 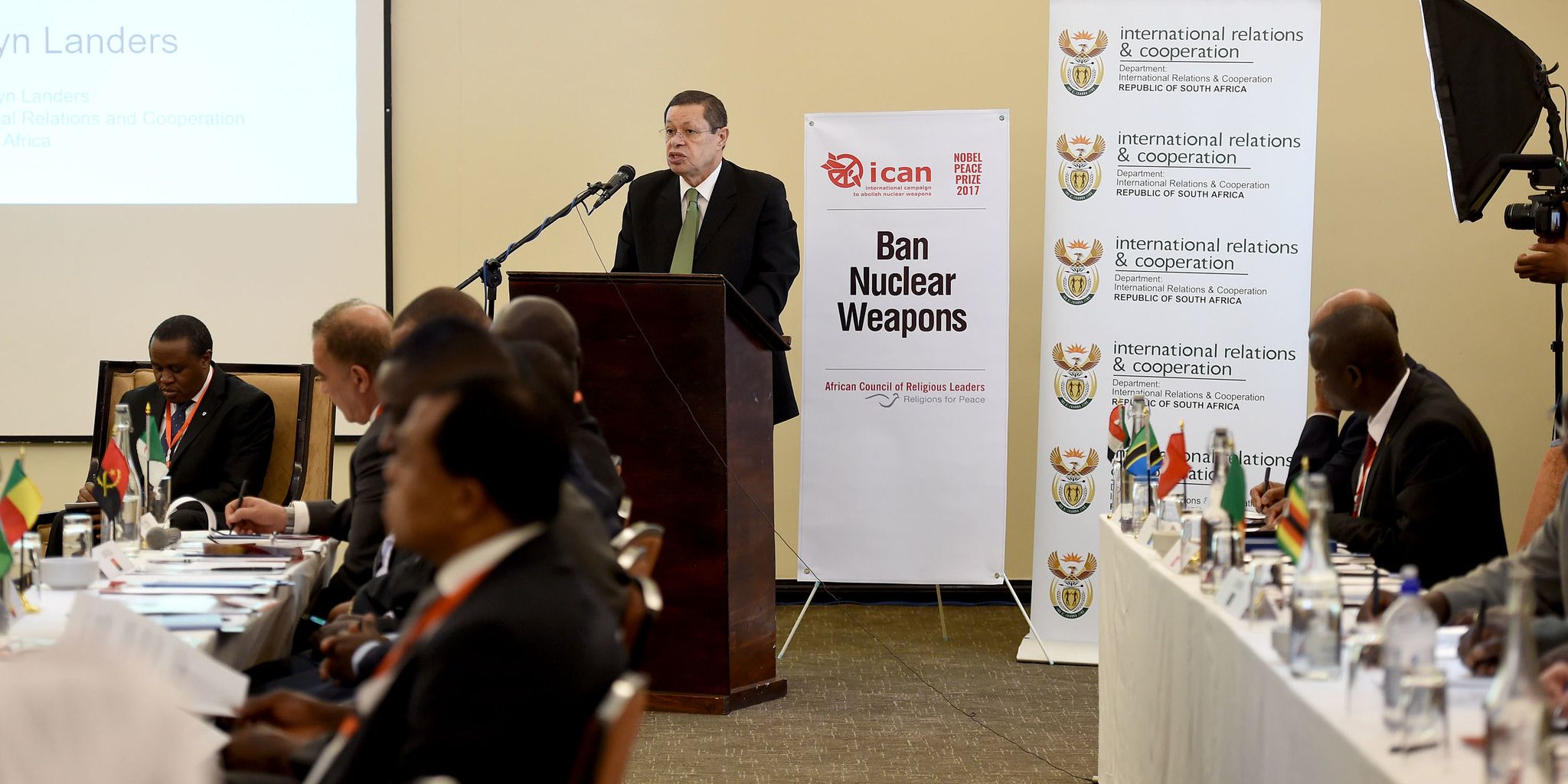 In October 2019, the African Council of Religious Leaders – Religions for Peace, an ICAN steering group member, met with the assistant minister of foreign affairs in Juba to discuss the TPNW. South Sudan has voted in favour of an annual UN General Assembly resolution that calls for the universalisation of the TPNW.

In March 2022, the Togolese chapter of the Women’s International League for Peace and Freedom, an ICAN steering group member, convened a training workshop in Lomé with government officials and civil society representatives to promote Togo’s ratification of the TPNW. A public forum with the same aim was organised in December 2020. 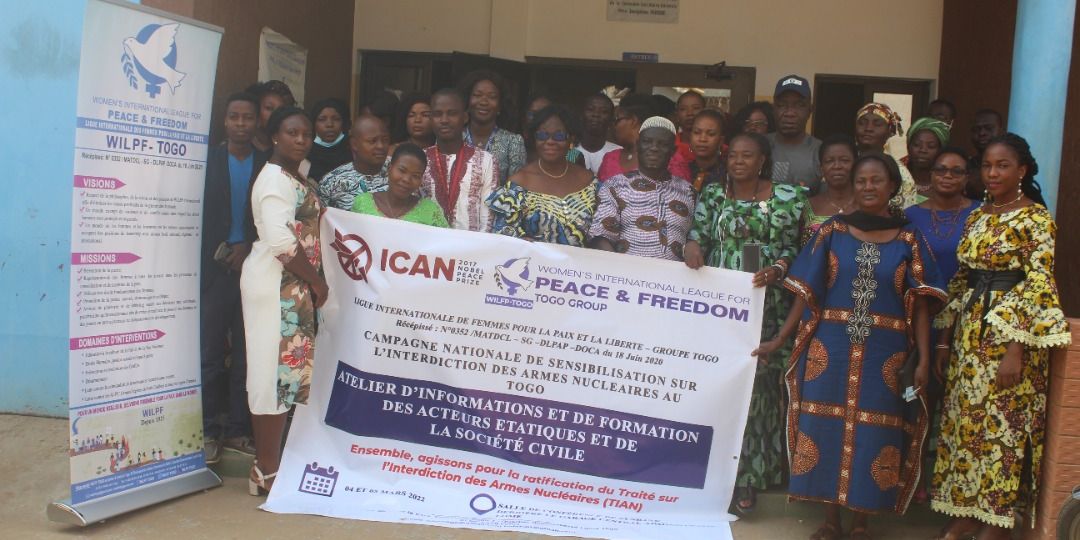 FICRD Uganda, an ICAN partner organisation, has held several meetings in Kampala and other parts of the country to promote adherence to the TPNW and raise public awareness about the threat of nuclear weapons. In response to FICRD’s advocacy, a motion urging the government to sign and ratify the TPNW was submitted to the parliament in October 2021.

In a statement to the UN General Assembly in September 2021, Uganda welcomed the adoption of the “landmark” TPNW, which it said complements other international instruments, such as the Non-Proliferation Treaty of 1968. The Uganda Human Rights Commission has also expressed its support for the treaty. 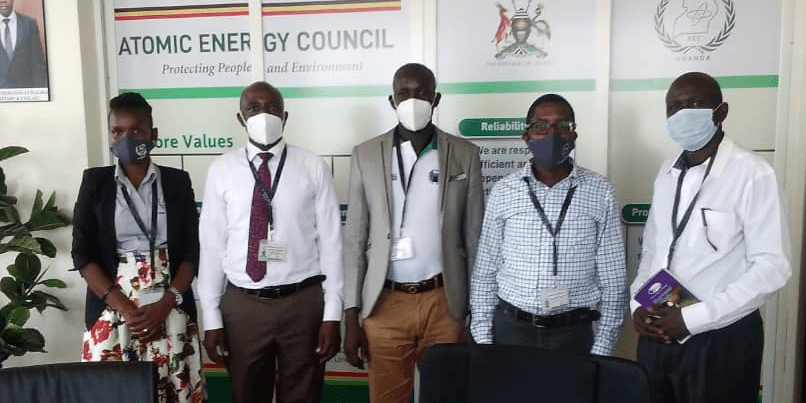 The Zimbabwe United Nations Association and the Zimbabwe chapter of the Women’s International League for Peace and Freedom have held various meetings to promote ratification of the TPNW. In October 2021, Zimbabwe announced that “consultations, as well as administrative processes, for ratification are at an advanced stage”. 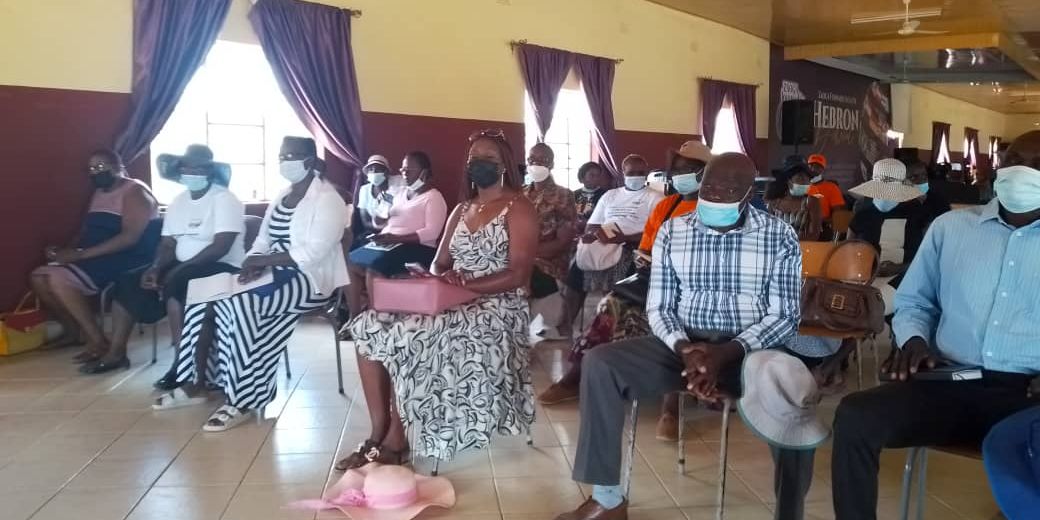 In April 2019, the African Union’s Peace and Security Council held a meeting on the TPNW, and ICAN was invited to brief the 15-member body. In March 2022, the Commission of the AU, in partnership with ICAN, convened a meeting “to promote universalisation of the TPNW in Africa”, at which government officials from AU member states exchanged views. 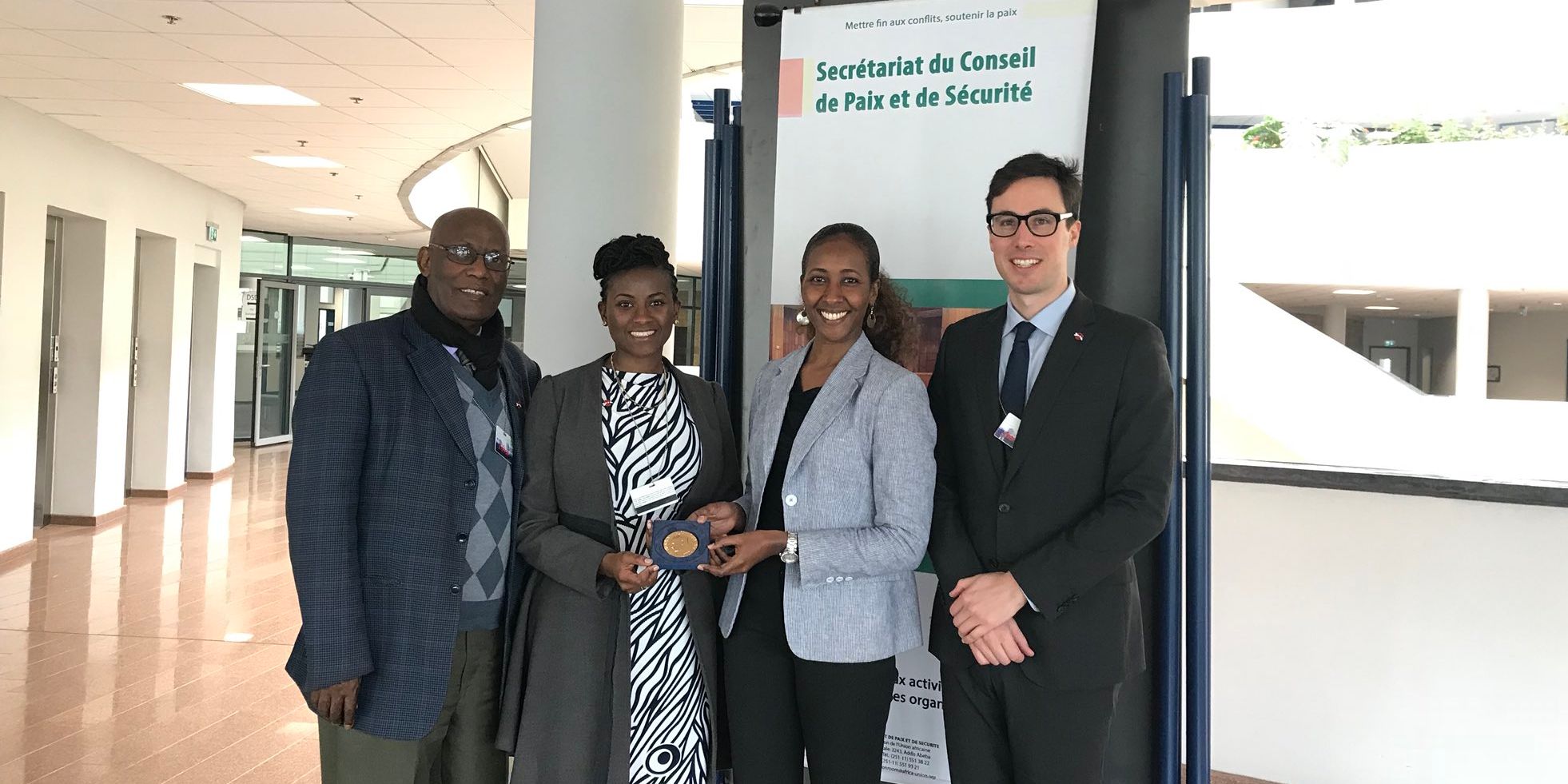 ICAN has cooperated with the African Commission on Nuclear Energy (AFCONE) to advance nuclear disarmament. In October 2021, an ICAN delegation attended the fifth conference of states parties to the African Nuclear-Weapon-Free Zone Treaty in Johannesburg, South Africa. 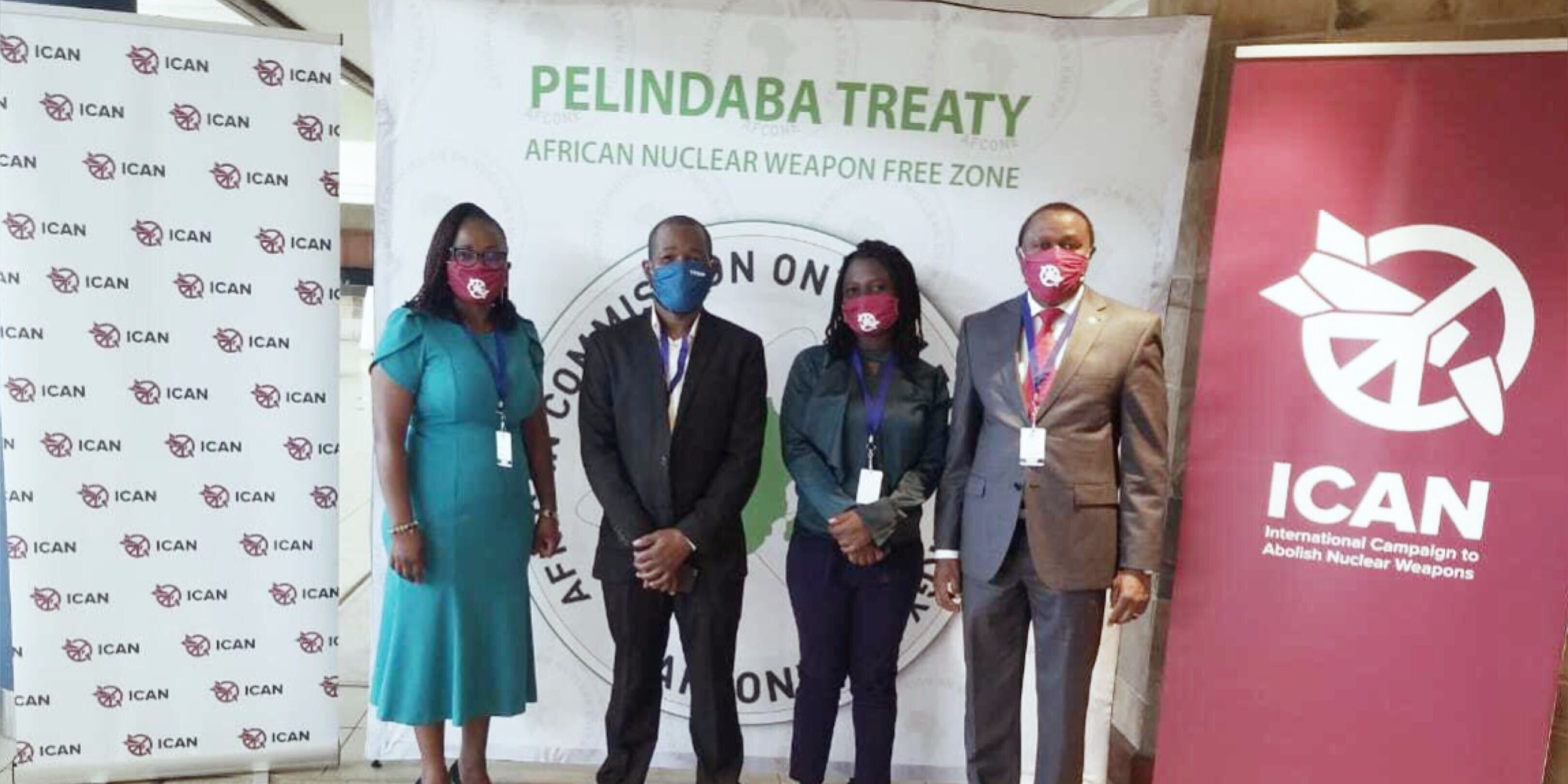 ICAN and its partner organisations in West Africa have engaged with the Economic Community of West African States (ECOWAS) since 2019. In December 2021, following advocacy by ICAN, the ECOWAS parliament expressed its support for the TPNW and encouraged ECOWAS members that have not yet done so to become parties to the treaty. 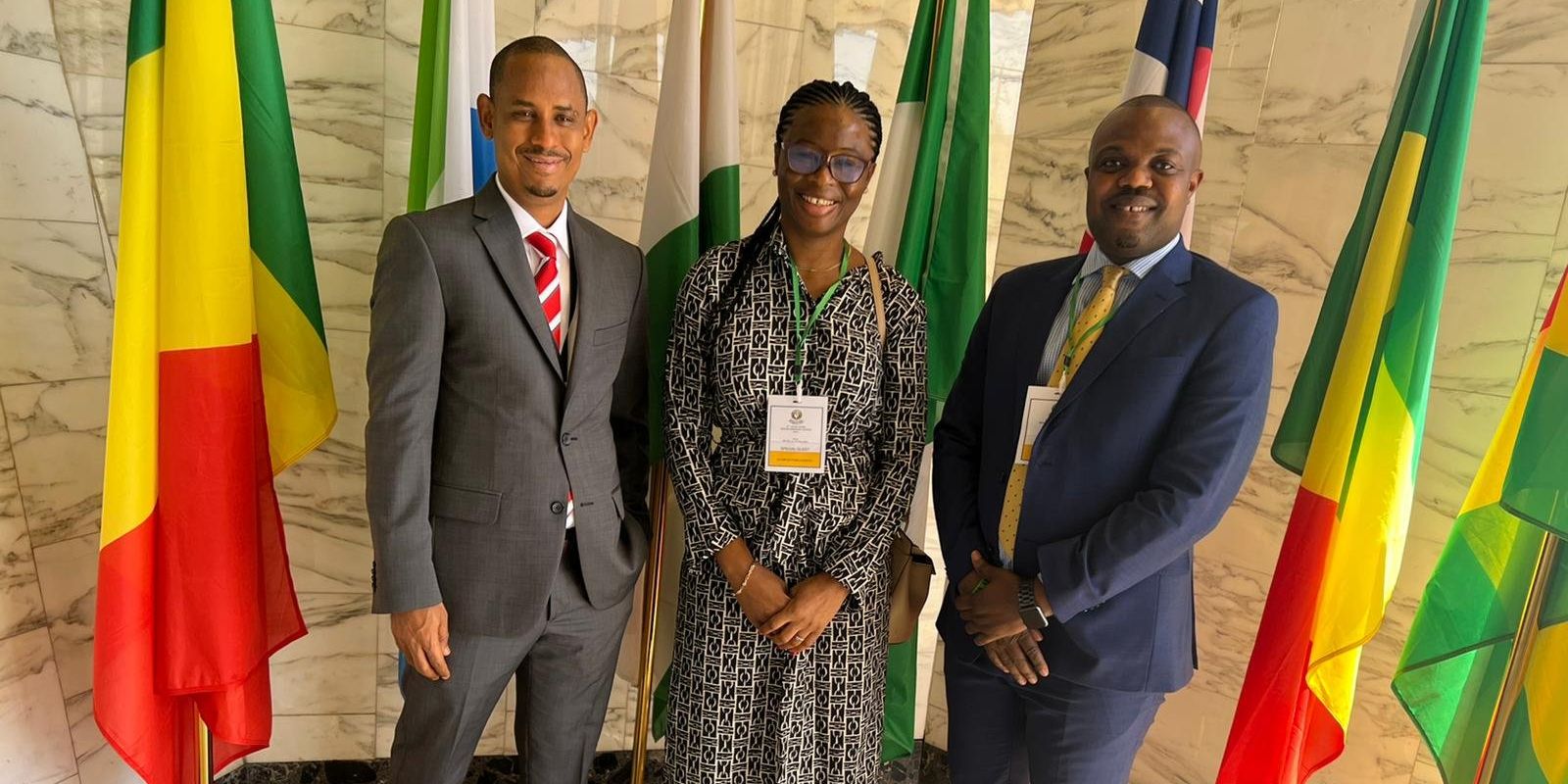