Vanuatu signed the Treaty on the Prohibition of Nuclear Weapons when it opened for signature on 20 September 2017 and ratified it on 26 September 2018. It participated in the negotiation of the treaty at the United Nations in New York in 2017 and voted in favour of its adoption.

Bruno Leingkone, the then-minister for foreign affairs of Vanuatu, signed the treaty on behalf of the state, and Charlot Salwai, the then-prime minister of Vanuatu, deposited the instrument of ratification with the UN secretary-general.

In an address to the United Nations following the signing ceremony in September 2017, Salwai reaffirmed Vanuatu’s “commitment to total nuclear disarmament” and saluted “the treaty adopted by the conference to negotiate a legally binding instrument to prohibit nuclear weapons”.

An act of parliament providing for ratification of the treaty, titled the UN Treaty on the Prohibition of Nuclear Weapons (Ratification) Act of 2018, was assented to on 6 July 2018. It received unanimous support.

Vanuatu has promoted universal adherence to the treaty, including by co-sponsoring a UN General Assembly resolution in 2019 that called upon all states to sign, ratify, or accede to the treaty “at the earliest possible date”.

In 2016, Vanuatu voted in favour of the UN General Assembly resolution that established the formal mandate for states to commence the negotiations in 2017 on “a legally binding instrument to prohibit nuclear weapons, leading towards their total elimination”.

Vanuatu was among 127 states that endorsed a “humanitarian pledge” in 2015–16 to cooperate “in efforts to stigmatise, prohibit, and eliminate nuclear weapons”. The pledge was instrumental in building momentum and support for convening the negotiations.

Vanuatu is a state party to the 1985 Treaty of Rarotonga, which established the South Pacific as a nuclear-weapon-free zone. 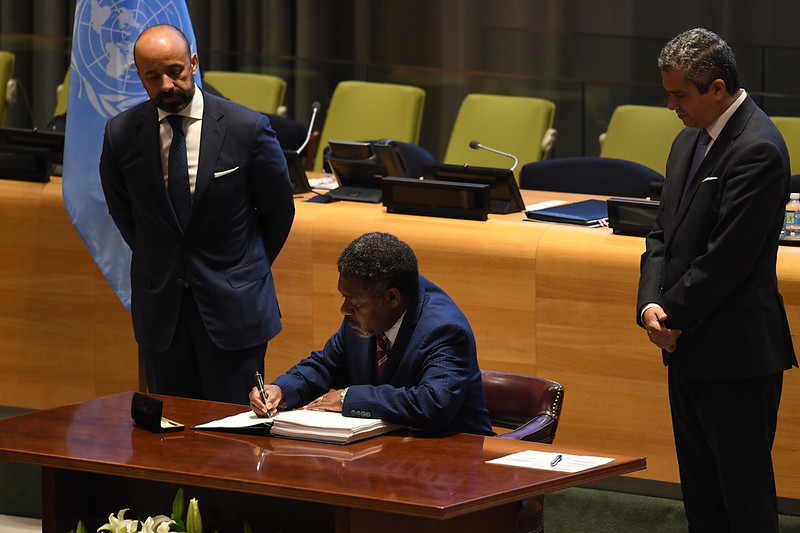 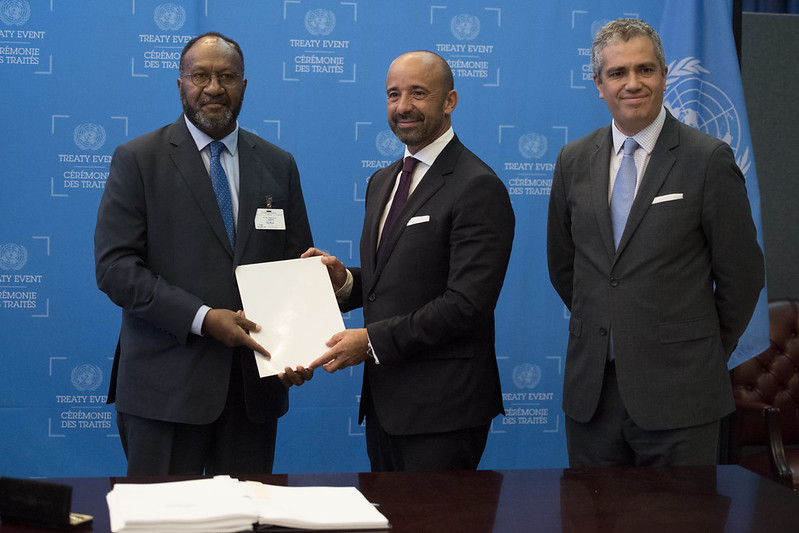 His Excellency the Prime Minister of the Republic of Vanuatu, Hon. Charlot Salwai Tabimasmas submits Vanuatu's instrument of Ratification - 26 September 2018