The Philippines signed the Treaty on the Prohibition of Nuclear Weapons on 20 September 2017 but has not yet ratified it. It participated in the negotiation of the treaty at the United Nations in New York in 2017 and voted in favour of its adoption.

Alan Peter Cayetano, the then-secretary for foreign affairs of the Philippines, signed the treaty on behalf of the state. He said: “If we listen to each other, we will hear the same thing. We have no need for nuclear weapons.” He urged nuclear-armed states to sign the treaty.

In September 2020, the president of the Philippines, Rodrigo Duterte, announced in a video statement to the UN General Assembly that he had “asked the Philippine senate to ratify the Treaty on the Prohibition of Nuclear Weapons”. He also noted that the Philippines was “among those to sign it first”. 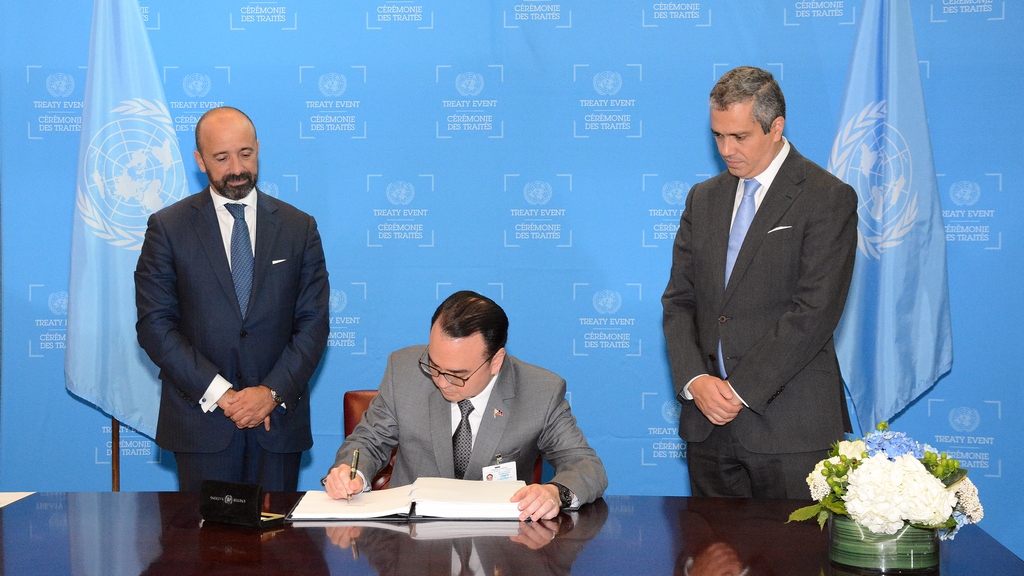 Alan Peter Cayetano, the then-secretary for foreign affairs of the Philippines, signs the treaty on 20 September 2017. Credit: UN Office of Legal Affairs

The Philippines has promoted universal adherence to the treaty, including by co-sponsoring a UN General Assembly resolution in 2019 that called upon all states to sign, ratify, or accede to the treaty “at the earliest possible date”.

In a statement to the United Nations in September 2019, the Philippines hailed the treaty as “a landmark agreement that fortifies the nuclear disarmament architecture” and “delegitimises once and for all the use of nuclear weapons”.

In its opening statement to the negotiating conference in 2017, the Philippines said that it attaches “great importance” to the cause of disarmament, as the Philippine constitution “mandates us to adopt and pursue a policy of freedom from nuclear weapons in our territory”.

It said that it is cognisant of “present geopolitical realities”, and it is precisely because of these realities that we must work to free the world of nuclear weapons: “There will never be a better time than now to discuss the prohibition of such weapons.” 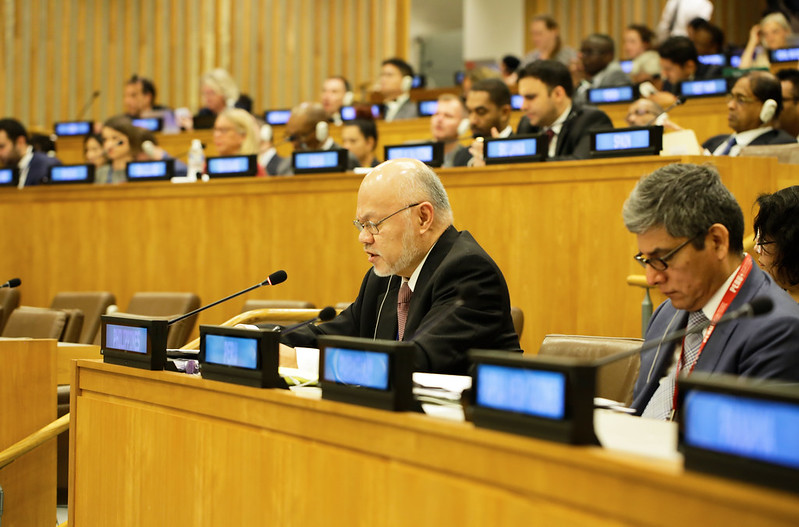 Bayani S Mercado, the head of the Philippine delegation to the treaty-negotiating conference in 2017, delivers a statement. Credit: ICAN

In 2016, the Philippines was a co-sponsor of the UN General Assembly resolution that established the formal mandate for states to commence the negotiations in 2017 on “a legally binding instrument to prohibit nuclear weapons, leading towards their total elimination”.

The Philippines was among 127 states that endorsed a “humanitarian pledge” in 2015–16 to cooperate “in efforts to stigmatise, prohibit, and eliminate nuclear weapons”. The pledge was instrumental in building momentum and support for convening the negotiations. 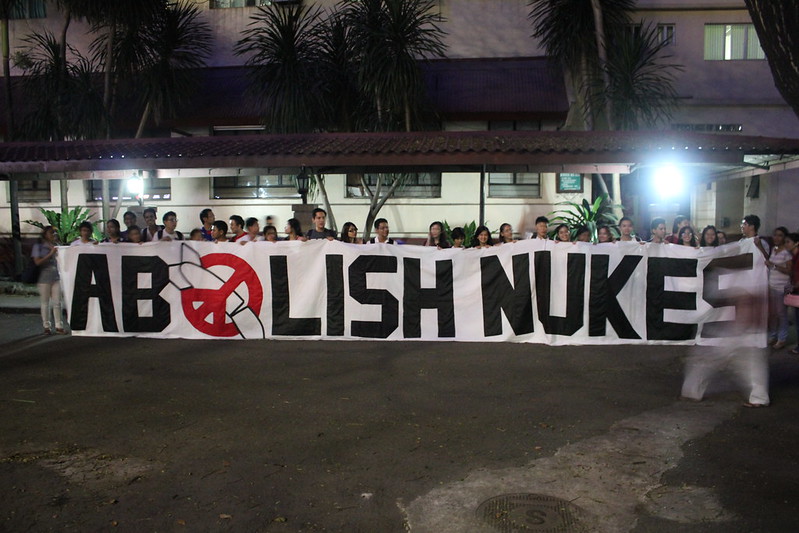 Students from the Medical Action Group in the Philippines show their support for ICAN at a hospital in Manila in 2013. Credit: ICAN

The Philippines is a state party to the 1995 Treaty of Bangkok, which established Southeast Asia as a nuclear-weapon-free zone.