Iran has not yet signed or ratified the Treaty on the Prohibition of Nuclear Weapons.

Iran participated in the negotiation of the treaty at the United Nations in New York in 2017 and voted in favour of its adoption.

In a statement to the United Nations in September 2017, the minister for foreign affairs of Iran, Mohammad Javad Zarif, said that Iran supports the “overall objective” of the treaty and believes “that it will reinforce the nuclear disarmament regime”.

Iran voted in favour of a UN General Assembly resolution in 2019 that welcomed the adoption of the treaty and called upon “all states that have not yet done so to sign, ratify, accept, approve, or accede to the treaty at the earliest possible date”.

In its opening statement to the negotiating conference, Iran expressed hope that the treaty-making process would “lay a new foundation” for the abolition of nuclear weapons and “mark a turning point in the history of nuclear weapons”.

In 2016, Iran voted in favour of the UN General Assembly resolution that established the formal mandate for states to commence the negotiations in 2017 on “a legally binding instrument to prohibit nuclear weapons, leading towards their total elimination”.

Iran was among 127 states that endorsed a “humanitarian pledge” in 2015–16 to cooperate “in efforts to stigmatise, prohibit, and eliminate nuclear weapons”. The pledge was instrumental in building momentum and support for convening the negotiations. 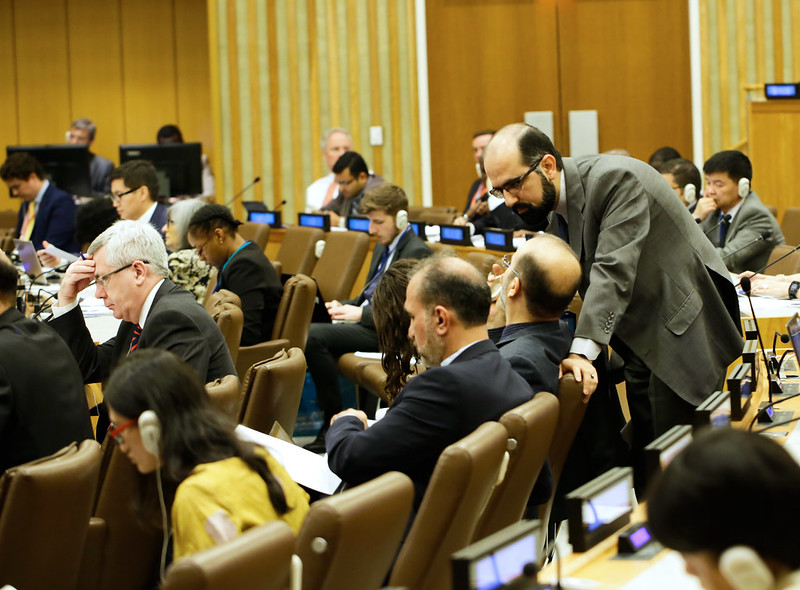