Has acceded to the TPNW

The Cook Islands has acceded to the Treaty on the Prohibition of Nuclear Weapons. It did not participate in the negotiation of the treaty at the United Nations in New York in 2017, as the rules of procedure limited participation to UN member states and observer states. Thus it did not vote on the treaty’s adoption. 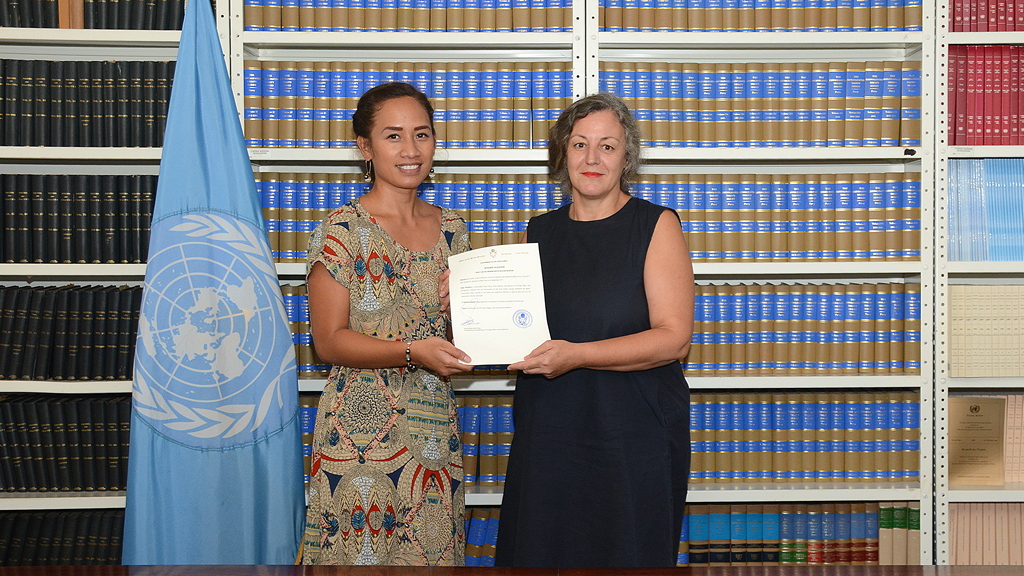 Siai Taylor, an officer at the ministry of foreign affairs of the Cook Islands, deposits the country’s instrument of accession on 4 September 2018. Credit: UNOLA

The Cook Islands was among 127 states that endorsed a “humanitarian pledge” in 2015–16 to cooperate “in efforts to stigmatise, prohibit, and eliminate nuclear weapons”. The pledge was instrumental in building momentum and support for convening the negotiations.