Has signed and ratified the TPNW

Vietnam has signed and ratified the Treaty on the Prohibition of Nuclear Weapons.

Pham Binh Minh, the deputy prime minister and minister for foreign affairs of Vietnam, signed the treaty on 22 September 2017. Nguyen Phuong Nga, the permanent representative of Vietnam to the United Nations, deposited the country’s instrument of ratification with the UN secretary-general on 17 May 2018.

In an address to the United Nations on the day that Vietnam signed the treaty, Minh said that the adoption of the treaty was “a historic milestone towards a world free of nuclear weapons”. He added: “Let us all be clear: the danger of nuclear weapons still looms over mankind as long as they exist.”

Vietnam participated in the negotiation of the treaty at the United Nations in New York in 2017 and voted in favour of its adoption. 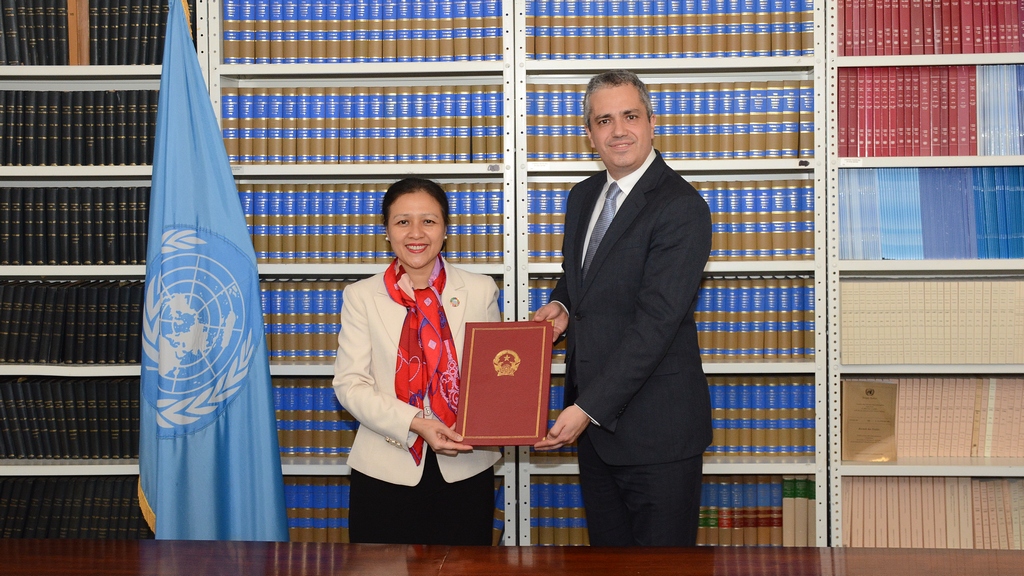 Vietnam has promoted universal adherence to the treaty, including by co-sponsoring a UN General Assembly resolution in 2019 that calls upon all states to sign, ratify, or accede to the treaty “at the earliest possible date”.

In its opening statement to the negotiating conference, Vietnam argued that “the current global context with complex developments makes the achievement of a world free from nuclear arms all the more urgent”. It said that the time is ripe “for us to show our determination and find out the right solutions to prohibit these most destructive weapons”.

In 2016, Vietnam was an additional co-sponsor of the UN General Assembly resolution that established the formal mandate for states to commence the negotiations in 2017 on “a legally binding instrument to prohibit nuclear weapons, leading towards their total elimination”.

Vietnam was among 127 states that endorsed a “humanitarian pledge” in 2015–16 to cooperate “in efforts to stigmatise, prohibit, and eliminate nuclear weapons”. The pledge was instrumental in building momentum and support for convening the negotiations.

Vietnam is a state party to the 1995 Treaty of Bangkok, which established Southeast Asia as a nuclear-weapon-free zone.