As diplomats from all over the world meet to discuss nuclear disarmament at the 2019 NPT Preparatory Committee , President Trump and President Putin are reported to have discussed nuclear weapons and a new arms-control agreement that extends to China during a phone call on Friday.

“ICAN is pleased to see the US and Russian presidents discussing a possible nuclear agreement to reduce stockpiles, but we will wait until we see their multi-trillion dollar modernisation programs halted and weapons being dismantled to celebrate” says ICAN Executive Director Beatrice Fihn. “As we saw with the Trump-Kim meetings, two men negotiating nuclear reduction and disarmament is not sufficient. Adding China to talks would be a good step, but ultimately the only solution is one involving the international community and the existing nuclear abolition process under the Treaty on the Prohibition of Nuclear weapons.”

Earlier this week, ICAN partner PAX published a new report “Producing mass destruction: Private companies and the nuclear weapons industry” exposing the 28 private companies receiving $116 billion in contracts with the nuclear-armed states to produce nuclear weapons, and highlighting the new investments made since the US and Russia pulled out of the INF – Treaty in October last year.

Or read more about its findings here 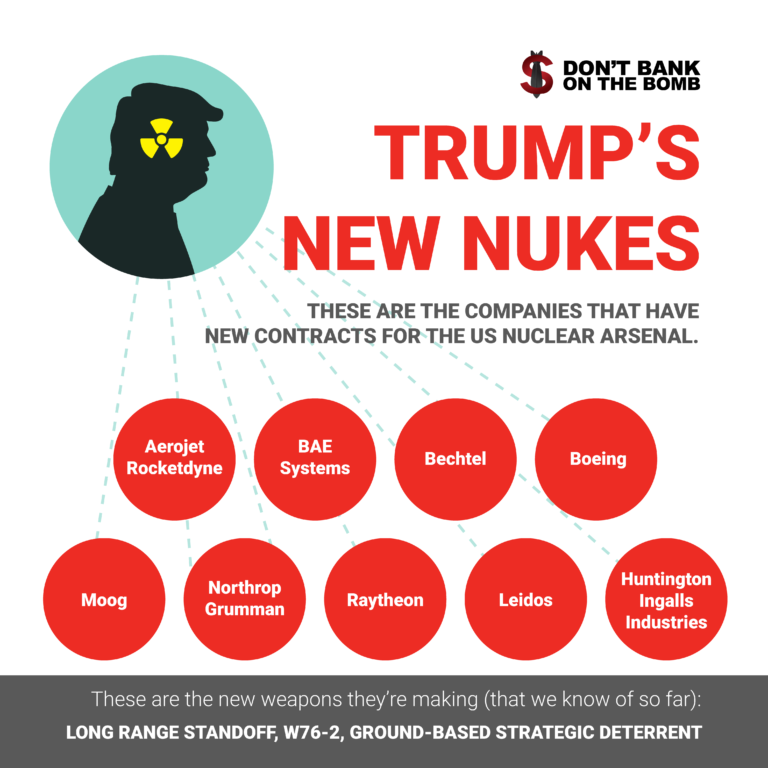