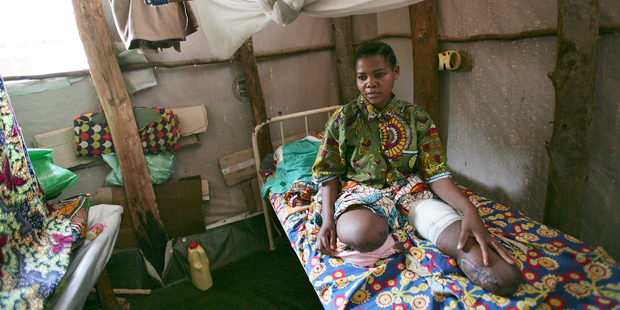 Nuclear weapons cannot distinguish between military and civilian targets, or between combatants and non-combatants. Most of the casualties of a nuclear attack would inevitably be civilians. Once the explosive energy of a nuclear chain reaction has been released, it cannot be contained. People in neighbouring and distant countries who have nothing to do with the conflict would suffer from the effects of radioactive fallout, even if they were at a safe distance from the blast and thermal destruction near ground zero. This disproportionate and indiscriminate destructiveness is clearly a violation of international humanitarian law.

The catastrophic health and environmental consequences of nuclear war are at the extreme end of a continuum of armed violence that undermines health and security. Outlawing and eliminating nuclear weapons is part of a broader struggle for genuine human-centred security founded on respect for basic rights, including rights to education, health care, decent work and a clean environment.