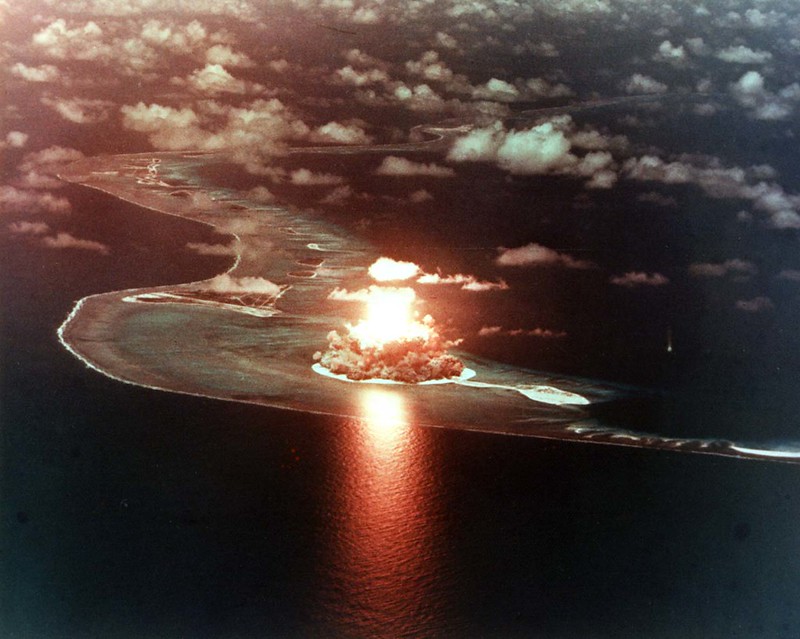 A single nuclear weapon can destroy a city and kill most of its people. Several nuclear explosions over modern cities would kill tens of millions of people. Casualties from a major nuclear war between the US and Russia would reach hundreds of millions.

It takes around 10 seconds for the fireball from a nuclear explosion to reach its maximum size. A nuclear explosion releases vast amounts of energy in the form of blast, heat and radiation. An enormous shockwave reaches speeds of many hundreds of kilometres an hour. The blast kills people close to ground zero, and causes lung injuries, ear damage and internal bleeding further away. People sustain injuries from collapsing buildings and flying objects. Thermal radiation is so intense that almost everything close to ground zero is vaporized. The extreme heat causes severe burns and ignites fires over a large area, which coalesce into a giant firestorm. Even people in underground shelters face likely death due to a lack of oxygen and carbon monoxide poisoning.