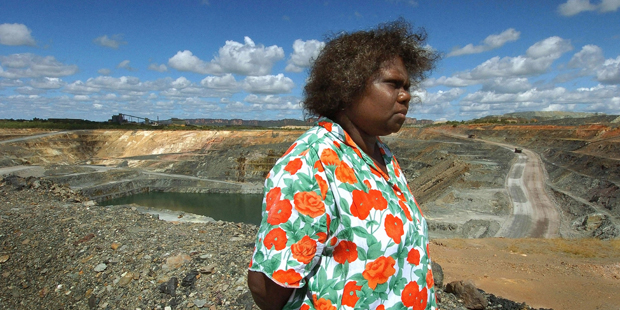 Production of the explosive materials used in all nuclear weapons – highly enriched uranium and plutonium – is harmful to our health and the environment.

Nuclear weapons derive their explosive force from uranium and/or plutonium, the latter of which is a by-product of nuclear fission in reactors. Uranium, its radioactive decay products, and other substances released through uranium mining and processing can cause disease in mineworkers, nuclear industry workers and nearby inhabitants. More than 70 per cent of the world’s uranium is mined on the lands of indigenous peoples. Large volumes of waste tailings result in long-lasting radioactive and chemical pollution. No uranium mine anywhere in the world has been fully cleaned up after mining has finished. Fissile materials created from uranium ore remain toxic and weapons-usable for many millennia. Any enrichment plant that can enrich uranium to reactor grade can also enrich it to weapons grade.

Plutonium is produced from uranium in a nuclear reactor. Military and civilian nuclear programmes are often closely linked. Most of the recent instances of nuclear proliferation have stemmed from ostensibly peaceful programmes. Releases of radiation similar to or larger than those from a nuclear bomb can come from nuclear reactors and spent fuel ponds – meaning that every reactor is, in effect, a pre-positioned dirty bomb. Nuclear accidents, such as that at Chernobyl in 1986, will eventually cause at least several tens of thousands of cancer deaths. Even during normal use, nuclear reactors emit radiation into the air, water and soil, resulting in increased rates of leukaemia in children living within 50 km. 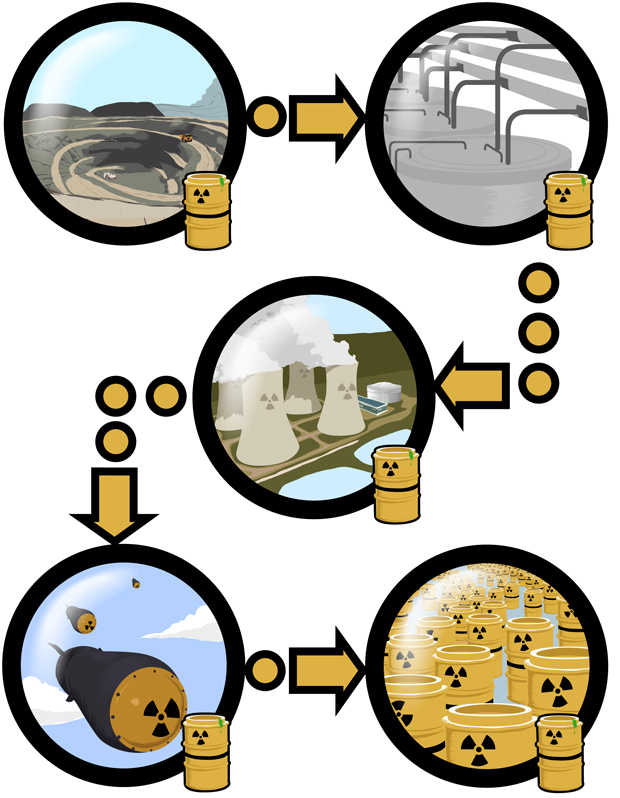