Greek Cities want the government to join the TPNW

By the time this article is published, 58 Greek municipalities support ICAN’s Cities Appeal. They represent more 15% of the Greek population or around 2 million citizens. The vast majority of them joined the campaign after the Russian invasion in Ukraine and the war that unfortunately is still going on. And there will be more municipalities signing up in the coming weeks. This is the result of a campaign called #σώσετηνπόλη (“#SaveTheCity”) that has been underway for the last one and a half years, organized by the Greek branch of “World without Wars and Violence”, an international partner and local representative of ICAN. And this is the story behind this result.

By Nikos Stergiou, Greek branch of World without Wars and Violence.

The Peace and anti-nuclear movement in Greece has a long history and it was always connected to European peace movements. We should not forget the execution of Nikos Nikiforidis in 1951 because he was gathering signatures in support of the Stockholm Appeal and the political assassination of Grigoris Lambrakis in 1963 after one month of the first Peace March in Greece and an anti-nuclear public speech. In the 80’s and 90’s, the anti-nuclear movement was always active, as it was in the rest of Europe, under the fear of a possible nuclear war between the USA and USSR. Initiatives such as “Nuclear Weapons Free Municipalities” and the Antinuclear Observatory of the Eastern Mediterranean, among others, were those with the most impact at a local and national level.

Although there was such a colourful anti-nuclear and pro-peace movement in Greek society, Greece hosted nuclear bombs at the military air base of Araxos until 2001 [1][2]. And in 2018, the news that the facilities were being modernized, in order to host nuclear weapons once again, was terrifying. This was the ignition of the idea to start a campaign at a local level with a national impact. The perfect tool came in 2017: the Treaty on the Prohibition of Nuclear Weapons (TPNW) and the ICAN Cities Appeal. The first contacts were through personal meetings, where we had the possibility to talk with a Mayor or a President of the Municipal Council. But it also included official invitations and calls for voting in favour of the appeal to all the 23 municipalities that are already members of Mayors for Peace. A good start, some might say but unfortunately this connection was long forgotten by the majority of those municipalities. The reason was that in Greece’s public sphere, the idea of a nuclear threat has faded over time.

After the first five positive municipalities, the escalation of the campaign was immediate. All 332 municipal councils in Greece were invited officially to vote in favour of the Appeal. It was a risky choice, since the majority of the Mayors were elected in 2019 with the support of the right-wing party, which is also the present government that supports NATO's nuclear weapons better that NATO itself. The war in Ukraine and the threats of possible nuclear strikes though, has awakened the worst fears in all human beings. So, one by one, the municipal councils that discuss the appeal, voted in favour, supporting the TPNW and “call on the Greek Government to sign and ratify it immediately”. Once again, it was proven that the majority of the people have the minimum sense to say “no” to the ultimate weapon of mass destruction. The municipalities that have not said “yes” to the TPNW, they have just not yet discussed the appeal in the municipal council.

In 2023, municipal and parliamentary elections will take place again in Greece. The TPNW is not high up the political agenda. “The NPT is enough” says the Ministry of Foreign Affairs and is trying to minimize the importance of the TPNW. The political parties are lost in several directions, trying to support the TPNW, but also trying to not annoy NATO, at least the parties that are in a possible future governmental scheme. Greens and DiEM25 say “yes” to the TPNW but the Communist Party is still weighting its answer since it prefers a more “all in one” Treaty. As for SYRIZA, the left party that was in the Government the period 2015 – 2019, the party declares that “as a political party we support TPNW, but as a possible future government we have to discuss carefully first”. The #σώσετηνπόλη campaign is producing interesting discussions inside the municipal councils and keeps the TPNW high up the political agenda.

The possibility of hosting nuclear weapons again is really terrifying for Greeks and the more the discussion about the TPNW is spreading, the more difficult it is for this to happen. The Cities Appeal is clearly a political act by local representatives that are someone’s neighbour, relative or partner. They have the face of the person next to you on the local bus or at school. It is another act that brings all to ask the question “in what kind of society do I really want to live in?” And it transcends political parties and constitutions. It reminds us of the peace and anti-nuclear culture we have in our hearts and minds as it places human beings at the centre of the discussion and gives us the chance to say “no” to nuclear weapons and to say “yes” to a nuclear-free world. 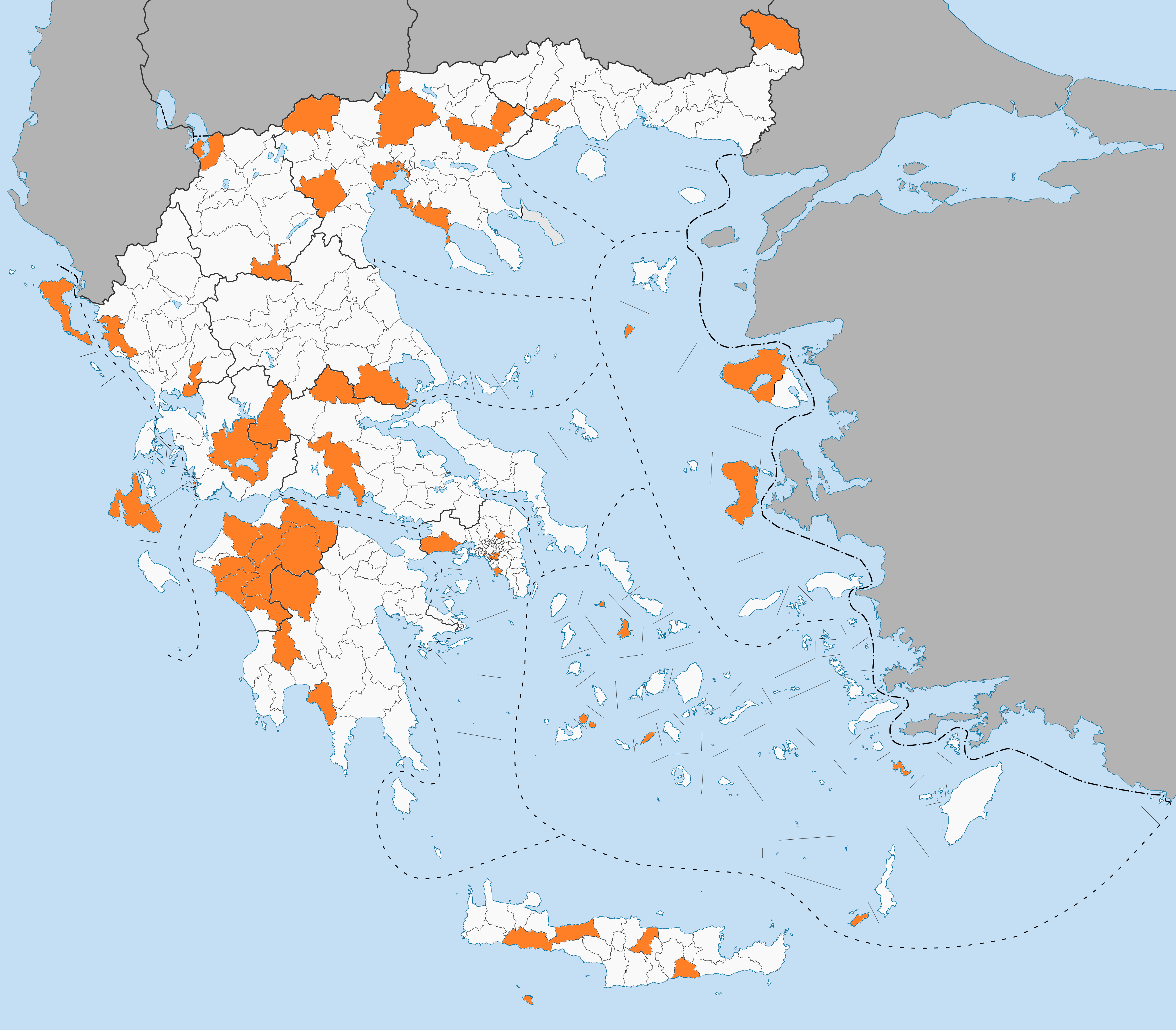 Images: World Without Wars and Violence