On 11 January 2022, Archbishop John C. Wester of Santa Fe, New Mexico circulated a letter in support of nuclear weapons abolition and the Treaty on the Prohibition of Nuclear Weapons to all the parishes in his diocese.

In the letter, Wester outlines the risks and consequences of the new nuclear arms race and highlights the unique role of New Mexico in the U.S. nuclear weapons complex and of the Santa Fe diocese to support nuclear disarmament. He calls for an open dialogue on nuclear disarmament and redirecting resources from the nuclear arms race to peaceful objectives, like cleaning up nuclear contamination and addressing climate change.

New Mexico is at the heart of the U.S. nuclear weapons complex, with two major nuclear weapons laboratories - the Los Alamos and Sandia National Laboratories- located in the state and nearly 40% of the Department of Energy’s nuclear weapons budget allocated for work in New Mexico. It was also the site of the first nuclear test explosion in July 1945 and has the largest repository of nuclear weapons in the country. 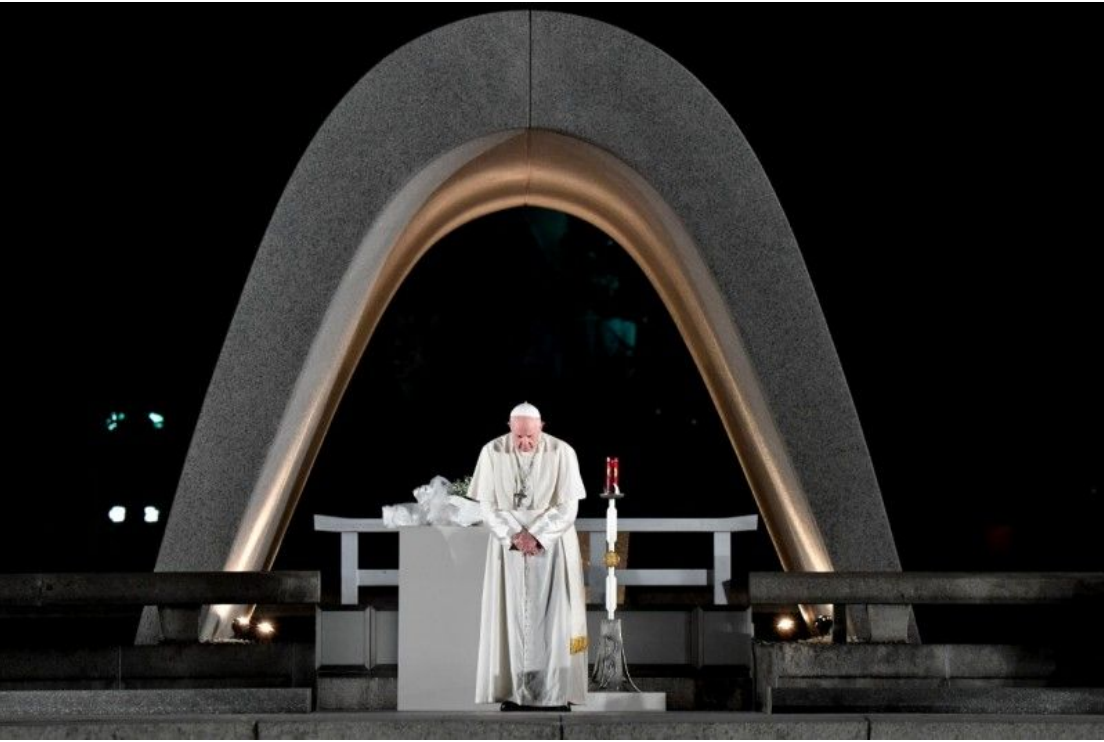 Pope Francis at the cenotaph for A-bomb victims in Hiroshima, Japan, on 24 November 2019.

The Catholic Church has been a leading proponent of the Treaty on the Prohibition of Nuclear Weapons (TPNW), which the Vatican has signed and ratified. At a Vatican-sponsored symposium in November 2017, the Pope said that the treaty “filled a significant juridical lacuna” and showed that “a healthy realism continues to shine a light of hope on our unruly world”. In a visit to Nagasaki in 2019 Pope Francis declared, “We must never grow weary of working to support the principal international legal instruments of nuclear disarmament and non-proliferation, including the Treaty on the prohibition of nuclear weapons.”

In December, Archbishop Wester unveiled a sign depicting Pope Francis with this quote at the Shrine of Our Lady of Guadalupe in Santa Fe and led the over 100 people in attendance in prayer. Wester encouraged the crowd to consider "our role in the current nuclear danger the world is facing." 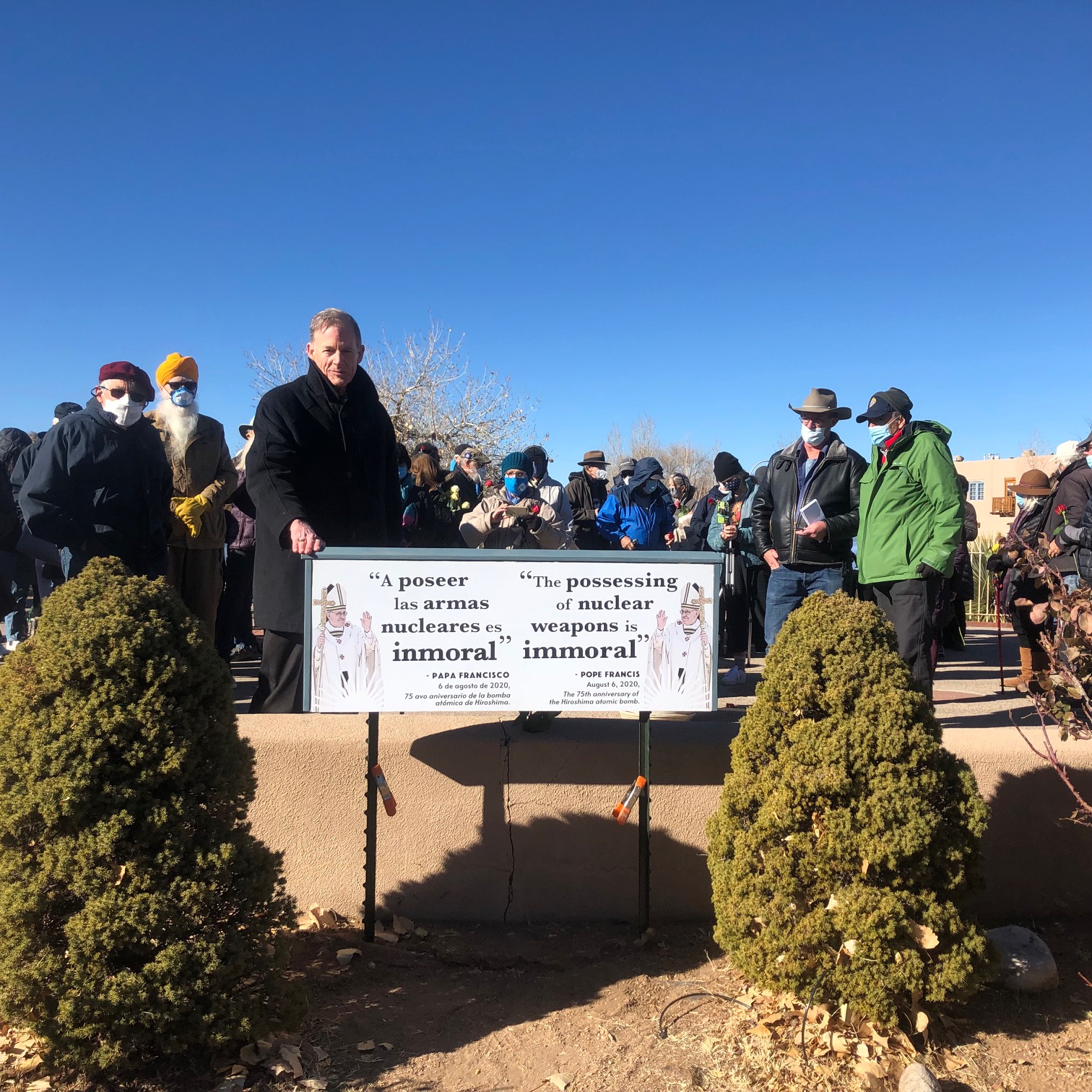 On the release of the letter ICAN Executive Director Beatrice Fihn said: ​​We welcome the leadership of Archbishop John C. Wester in taking His Holiness Pope Francis’ message of support for nuclear weapons abolition and the Treaty on the Prohibition of Nuclear Weapons to the heart of the U.S. nuclear weapons enterprise in New Mexico. The Archbishop courageously joins the global community of religious leaders working to make the dream of a world free of nuclear weapons a reality.”