The Story of a Nuclear Test Veteran

In an interview with ICAN, US nuclear test veteran George Coleman speaks up about the nuclear trials carried out by the U.S. military and his life and health after the nuclear weapons testing conducted in Nevada.

“We were given zero choice”, said George Coleman, a victim of one of the many nuclear weapon trials conducted at the Nevada Test Site. Coleman served as a Civil Engineering Corps Officer in the US Navy for five years and an additional fifteen years in the Reserves. In 1952, on 7th-8th August, Coleman and his fellow soldiers were briefed on the risks associated with radiation exposure, but had to participate in the procedures nonetheless. As for their mandate to test nuclear weapons, the U.S. military gave the callous reason that testing was needed as with any other device.

As Coleman recollected the gruesome memories of the explosion, he remembered lying in a trench with his hands in front of his face to shield himself against the blinding light. That’s when he saw the bones of his hands through his closed eyelids, as if he were in a X-Ray machine. Exposure to an accumulated dosage of 160 milliroentgens, left Coleman suffering from full body radiation that caused immediate loss of hair and thyroid function. Later in life, he was also diagnosed with prostate cancer among other health problems, that were likely effects of the radiation exposure.

The residual radioactive material from the blast in Nevada spread to St.George, Utah, where cancer rates became subsequently prevalent. Although, the US Department of Defense provided a personalized health report soon after the test, Coleman and the soldiers present have not received any form of compensation or apology to date.

Though the nuclear tests had a profound impact on Coleman’s health and life, it did not stop him from obtaining a Degree in Construction Law and a Masters in Engineering. Coleman also became an outspoken advocate for nuclear disarmament. Currently in his early 90s, as a member of the National Association of Atomic Veterans, he urges governments involved in nuclear weapons testing to stop immediately. He was very pleased when ICAN was awarded the Nobel Peace Prize in 2017 and congratulated the organization for taking up the cause to abolish nuclear weapons. 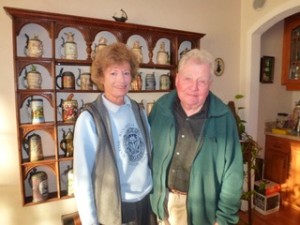 The stories of veterans like Coleman have also recently been brought to light in the short documentary The Atomic Soldiers, featured on The Atlantic “Until this day, a lot of what has happened- and the radiation-related diseases the veterans have contracted and passed on to the generations after them-is still being covered up. The veterans are consistently denied compensation,” said Morgan Knibbe, director of the documentary Knibbe’s documentary tells the experience and sufferings of these atomic veterans for the very first time, as there is a lack of recorded testimonies available on the nuclear tests and the illnesses the veterans suffered from radioactive pollution.