Is Germany Opening up towards the TPNW?

Like other NATO countries like Belgium and Norway, Germany is coming to terms with recognizing the TPNW as a pillar of nuclear disarmament. Politically, there are signs that more progressive disarmament policies are starting to take root and the upcoming election in September is likely to mark a shift in the German Government’s stance towards the TPNW.

Since the adoption of the TPNW in 2017 Germany's government has stuck to the common  NATO line that membership in the alliance would preclude joining the TPNW. Recently, however, the debate around nuclear weapons has begun to catch speed.

Debates in the Bundestag

At the Bundestag the TPNW has been the subject of much discussion. On February 12th, two motions were tabled in the federal parliament by Die Linke and the Green Party, calling on the German government to join the TPNW. Both motions directly reference ICAN and its campaign tools, such as the open letter signed by 56 former foreign ministers from NATO countries and 2 former NATO secretary-generals. Both parties also tabled motions on strengthening nuclear disarmament and removing the US nuclear weapons from German territory. A group of friends of the TPNW has also been formally established, with MPs from the Left, Green and Social Democratic Parties in leadership roles. While the motions ultimately did not pass, they nevertheless forced all parties to engage with the TPNW on record.

These debates eventually led  the Social Democratic Party to officially endorse Germany to observe the first Meeting of State Parties (MSP) of the TPNW. Getting Germany to participate as an observer further became part of the election campaign: The manifesto of the SPD (p.63) calls for observer status as the minimum policy. Since the Social Democrats are currently junior partner of the governing coalition, hopes are that Germany can declare to observe the MSP soon. Additionally, The Green party’s programme wants Germany to join the TPNW, as confirmed by its leadership and expressed in the party’s programme of principles from 2020.

Good News from Germany! The Green Party announced @ABaerbock will lead the party’s campaign for the election in September. She is an outspoken supporter of Germany joining the #TPNW and a signatory of the ICAN Parliamentary Pledge (1/4) pic.twitter.com/WV3E3rQpBG

Support for the TPNW is growing

Outside the Federal Parliament, support for the TPNW is growing even faster. ICAN’s Cities Appeal has been signed by more than 100 German cities, including the capitals of all 16 states as well as the states of Berlin, Bremen, Hamburg and Rhineland-Palatinate. Additionally, the politically independent research services of the Bundestag concluded that the TPNW and the NPT are compatible, debunking another argument by the federal government for not supporting the TPNW. 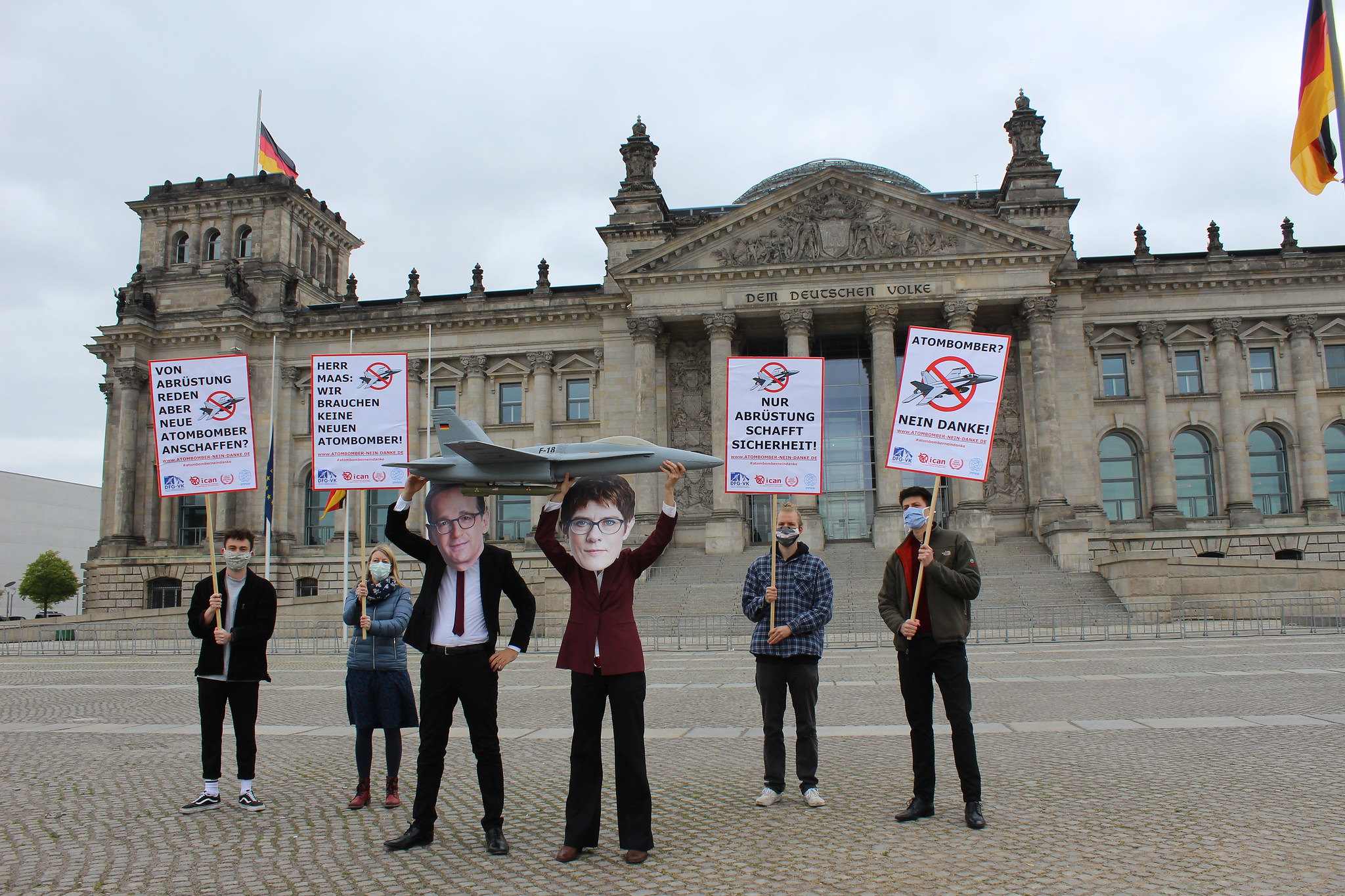 The first successes for nuclear disarmament are already visible. After a successfully orchestrated campaign of civil society actors, the government-backed down from acquiring new f-18 fighter jets that would be used for Germany's role in NATO’s nuclear sharing arrangement. The decision on those new airplanes has been postponed until after the election in September 2021, which has the potential to change the political landscape of Germany, with the pro-TPNW Greens currently leading the polls.

Beatrice Fihn to step down as ICAN Executive Director