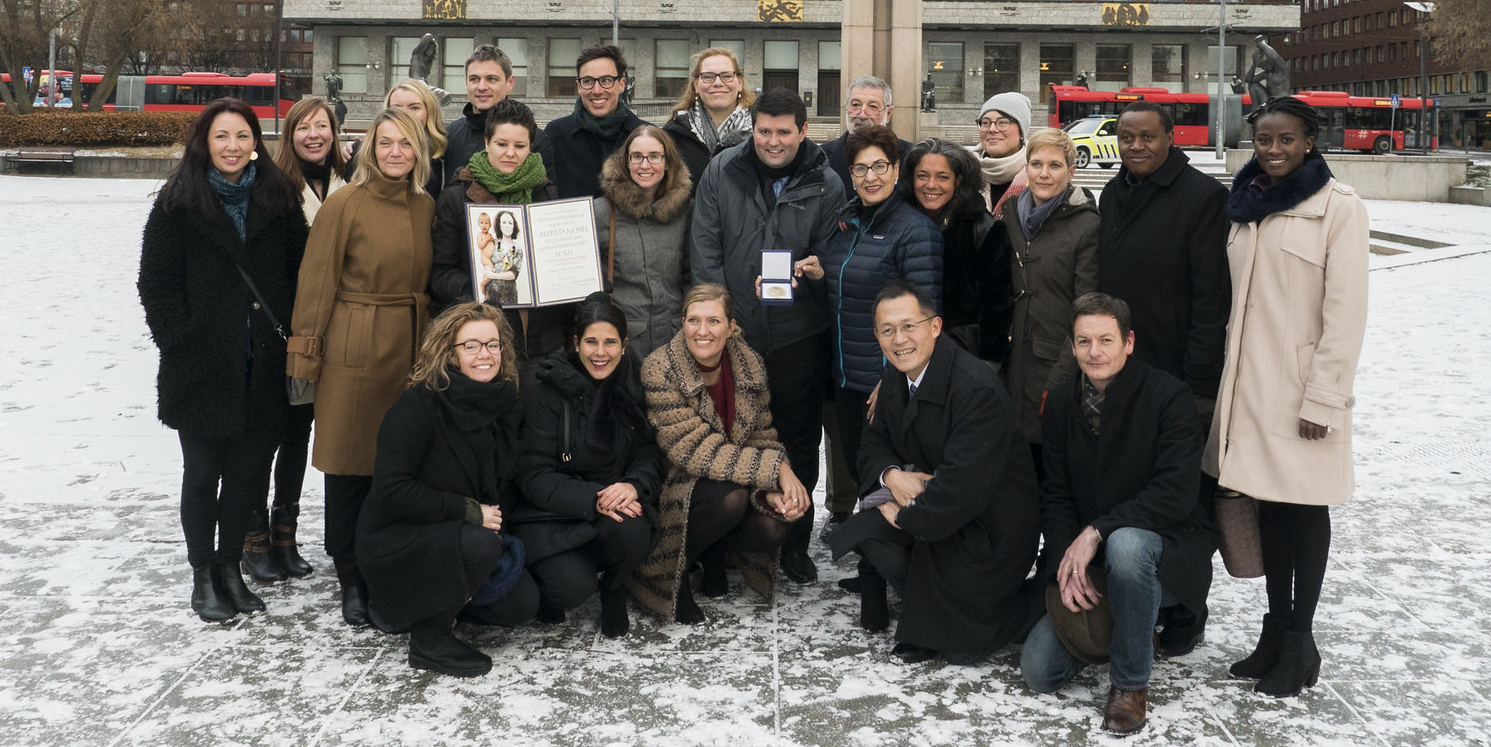 The ICAN international structure consists of Partner Organisations, an International Steering Group (ISG), a Swiss Registered non-profit association, and an International Staff Team (IST). The ISG is responsible for the governance of the campaign. Its responsibilities include strategic planning, financial oversight, fundraising, and policy formulation, as well as regular consultation with Partner Organisations, seeking to incorporate widely held views. For a full description of the ISG's composition and purview, please read ICAN's International Structure Document. You can find the full list of ISG member organisations and their representatives here.

A summary of the topics discussed as well as any formal decisions taken for each meeting of the ISG is listed below.

The ISG welcomed Vanessa from PANG, thanked Molly and Chuck from IPPNW for completing their role as a chair for the last 12 months, and congratulated Cristian and Maria from SEHLAC to take over from the next meeting. A new ISG member. The meeting touched on many subjects with a discussion and decision to support the World Nuclear Survivors Forum later this year and a general discussion of ICAN’s role and potential activities as the civil society coordinator leading up to the 1MSP. The ISG approved staff recommendations for new ICAN partner organisations.

This was the first meeting with SEHLAC as Administrative Chair and with Cristian as chair of the meeting. This meeting discussed the need for sending meeting summaries to the ICAN Campaigners List and welcomed the youth for TPNW Network initiative.

The ISG discussed preparation work for the First Meeting of States Parties, scheduled to take place in Vienna in March 2021, including projects related to Articles 6 & 7 of the TPNW, victim assistance, and environmental remediation. Steering group members briefly discussed the recent Norwegian election and upcoming German election as the two relate to the TPNW.

This extraordinary meeting was organized to address the criticism of the ICAN paper on racism via Twitter by an individual from an organisation. ISG members discussed how to give the importance to deserve through different actions and proposals, acknowledging that criticism on papers happens all the time, particularly in this kind of issue.

The ISG discussed the follow-on and updates on the preparation work for the First Meeting of States Parties, scheduled to take place in Vienna in March 2021 including vaccination issues. It was also discussed a new project in Pacific Region.

The ISG discussed civil society arrangements for the NPT Review Conference and how to engage governments in support of the TPNW and nuclear disarmament during that month. It also discussed plans for TPNW 1MSP policy papers and how to encourage more ratifications in 2022 and, considered developments in Japan being a possible observer to 1MSP.

The ISG discussed the possible postponement of the 1st MSP scheduled to be held in Austria, Vienna in March 2022. The Executive Director presented the financial report to the ISG members who approved it prior to adoption in the General Assembly. The Human Resources Committee presented its’ report with recommendations to the ISG members on the Finance staff position.

The ISG discussed the possible postponement of the 1MSP (currently still scheduled for March), and the need to keep active and generate positive momentum in our preparations for the conference in the context of ongoing uncertainty about the date with the pandemic. The ISG also discussed updates to the Partnership Pledge to reflect the current status of the TPNW, and updated internal policies regarding roles and responsibilities within the ISG. The ISG welcomed expansions to the ICAN staff team.

The ISG discussed updates regarding the rescheduling of the 1MSP (no concrete dates yet), as well as ICAN’s meeting with Sviatlana Tsikhanouskaya in Vilnius about the possible deployment of nuclear weapons in Belarus. The ISG also discussed the proposed and updated internal policies regarding the roles and responsibilities of the administrative chair, and the Terms of Reference for the HR Committee, as well as some general aspects on the organizing of a face-to-face ISG meeting.

During the meeting, the ISG had a general discussion on the lines of messaging, agreeing to focus on the nuclear dimension and nuclear weapons considering the broader context, including nuclear deterrence and guidelines. The messaging guidelines are: 1) an immediate cease-fire and the withdrawal of all Russian military forces from Ukraine; 2) Russia and NATO explicitly renounce the use of nuclear weapons in this conflict.

The ISG discussed updates on the 1MSP and its consultations, including the dates proposed for June 2022. It also discussed the preparations for the ICAN events in Vienna. The ICAN partnership application list was approved with the suggestions by the IST. Updates from members on messaging and the different efforts regarding the war in Ukraine, especially the joint Nobel Statement initiated by IPPNW. It also presented the internal consultations on the next administrative chair.

The meeting focused on the planning and preparations for the 1MSP and Civil Society Forum in Vienna, as well as the current situation in Ukraine. The program for the Civil Society Forum was open for ISG inputs on speakers and topics. Acronym Institute has been accepted as the next Admin Chair starting in August 2022 for one year. It was also agreed that ISG will convene a face-to-face meeting in connection with the 1MSP in Vienna (17th and 24th).

The focus was the planning and preparations for the 1MSP and Civil Society Forum, as well as the situation in Ukraine. The Executive Director announced an extra grant to work on the Ukraine crisis and media efforts.

The ISG discussed the series of events in Vienna during the 1MSP, especially the Civil Society Forum, the COVID measures during ICAN activities, The list of sponsored participants, the ISG face-to-face meeting, and the update on the policy issues of the 1MSP.

The ISG convened in Vienna on the 17th as an in-camera session with no public notes. The meeting on the 24th was canceled due to COVID-19 protection measures.