122 states reaffirm their support for the Nuclear Ban Treaty

Each year, the world gathers in New York to discuss disarmament and international security during the UNGA’s First Committee. Yesterday (nov 1, 2018), the First Committee passed a resolution supporting the Treaty on the Prohibition of Nuclear Weapons and calling on all states to join it as soon as possible, by majority vote.

L.24, Treaty on the Prohibition of Nuclear Weapons, is adopted with a vote 122 in favour, 41 against, and 16 abstentions. #FirstCommittee #nuclearban

The resolution was co-sponsored by 70 states, and received 122 votes in favour, 41 against and 15 abstentions. Read the full text of the resolution and find the list of co-sponsors here. 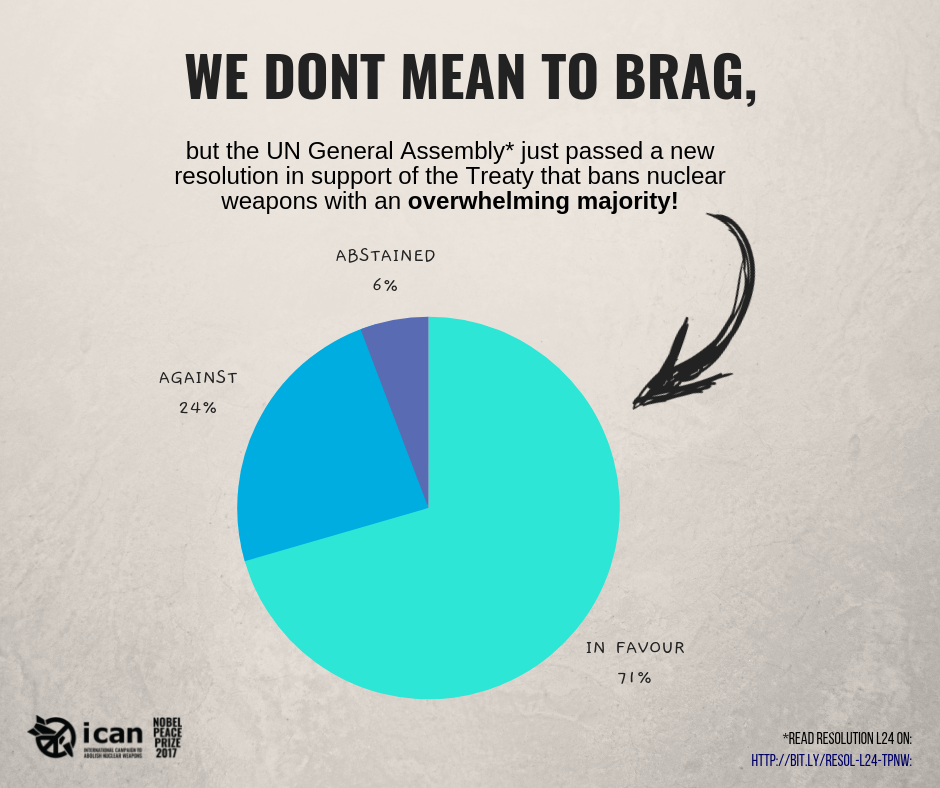