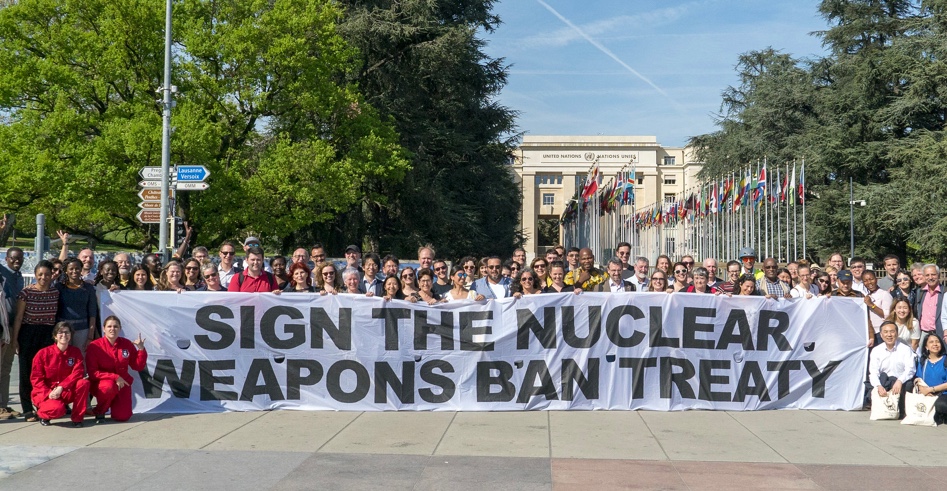 The International Campaign to Abolish Nuclear Weapons (ICAN) is a coalition of non-governmental organizations in one hundred countries promoting adherence to and implementation of the United Nations nuclear weapon ban treaty. This landmark global agreement was adopted in New York on 7 July 2017.

ICAN began in Australia and was formally launched in Austria in April 2007. Our campaign’s founders were inspired by the tremendous success of the International Campaign to Ban Landmines, which a decade earlier had played an instrumental role in the negotiation of the anti-personnel mine ban convention, or Ottawa treaty. Read more about ICAN's Australian origins here >

Since our founding, we have worked to build a powerful global groundswell of public support for the abolition of nuclear weapons. By engaging a diverse range of groups and working alongside the Red Cross and like-minded governments, we have helped reshape the debate on nuclear weapons and generate momentum towards elimination. 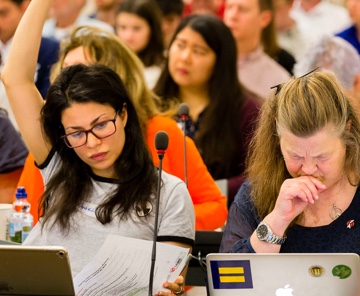 We were awarded the 2017 Nobel Peace Prize for our “work to draw attention to the catastrophic humanitarian consequences of any use of nuclear weapons” and our “ground-breaking efforts to achieve a treaty-based prohibition of such weapons”.

At a review of the Non-Proliferation Treaty in 2010, all nations expressed their deep concern at the “catastrophic humanitarian consequences” of any use of nuclear weapons – a statement that led to the convening of three major conferences in 2013 and 2014 focusing on the humanitarian impacts of nuclear detonations.

ICAN served as the civil society coordinator for each of the conferences, which brought together most of the world’s governments, along with international organizations and academic institutions. We helped garner the support of 127 nations for a humanitarian pledge to fill the gap in the existing legal regime governing nuclear weapons.

Building on the outcomes of the humanitarian conferences, ICAN campaigned for the establishment of a special UN working group to examine specific proposals for advancing nuclear disarmament. This body met in Geneva in February, May and August 2016, and issued a report recommending the negotiation of a nuclear ban treaty.

Our campaign then successfully lobbied for the UN General Assembly to adopt a landmark resolution in December 2016 to launch negotiations on “a legally binding instrument to prohibit nuclear weapons” – heralding an end to two decades of paralysis in multilateral nuclear disarmament efforts.

Throughout the negotiating process, ICAN worked alongside governments to achieve the strongest, most effective treaty possible. Around two-thirds of the world’s nations voted in favour of adopting the agreement. Our focus now is on persuading nations to sign and ratify it, and then to work for its full implementation.

ICAN is a coalition consisting of several hundred non-government organizations, from local peace groups to global federations representing millions of people. An international steering group and staff team coordinate the campaign’s activities. Our main office is located in Geneva, Switzerland. 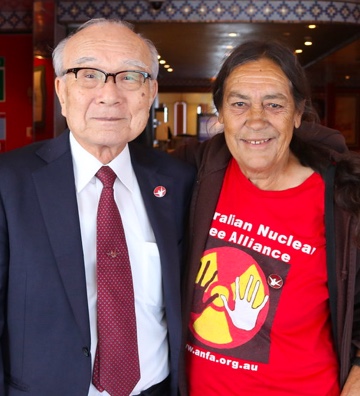 We organize global days of action, hold public awareness-raising events, and engage in advocacy at the United Nations and in national parliaments. We work with survivors of the US atomic bombings of Hiroshima and Nagasaki and of nuclear tests, helping share their testimonies with the public and decision makers.
Many prominent people have lent their support to ICAN, including Nobel laureates Desmond Tutu and the Dalai Lama, musician Herbie Hancock, artist Yoko Ono, and actors Martin Sheen and Michael Douglas. The UN secretary-general praised ICAN in 2012 “for working with such commitment and creativity in pursuit of our shared goal”.

Any non-government organization is eligible to become an ICAN partner organization. No joining fee or annual subscription is required, although financial and other relevant contributions are welcome.