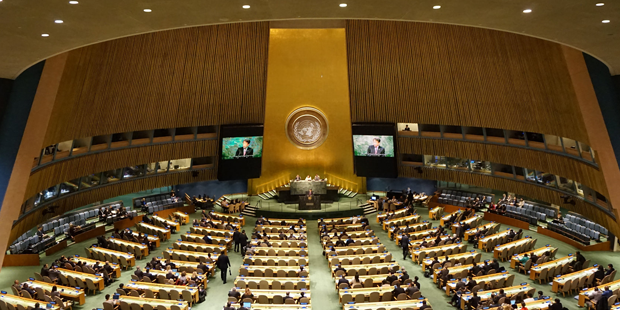 The U.N. Treaty
on the Prohibition of Nuclear Weapons

On 7 July 2017 – following a decade of advocacy by ICAN and its partners – an overwhelming majority of the world’s nations adopted a landmark global agreement to ban nuclear weapons, known officially as the Treaty on the Prohibition of Nuclear Weapons. It entered into force on 22 January 2021. 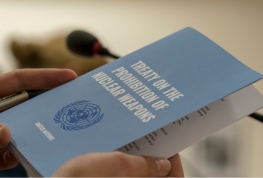 Prior to the treaty’s adoption, nuclear weapons were the only weapons of mass destruction not subject to a comprehensive ban, despite their catastrophic, widespread and persistent humanitarian and environmental consequences. The new agreement fills a significant gap in international law.

It prohibits nations from developing, testing, producing, manufacturing, transferring, possessing, stockpiling, using or threatening to use nuclear weapons, or allowing nuclear weapons to be stationed on their territory. It also prohibits them from assisting, encouraging or inducing anyone to engage in any of these activities.

Nations are obliged to provide assistance to all victims of the use and testing of nuclear weapons and to take measures for the remediation of contaminated environments. The preamble acknowledges the harm suffered as a result of nuclear weapons, including the disproportionate impact on women and girls, and on indigenous peoples around the world.

The treaty was negotiated at the United Nations headquarters in New York in March, June and July 2017, with the participation of more than 135 nations, as well as members of civil society. It opened for signature on 20 September 2017. It is permanent in nature and will be legally binding on those nations that join it.