The legacy of nuclear testing 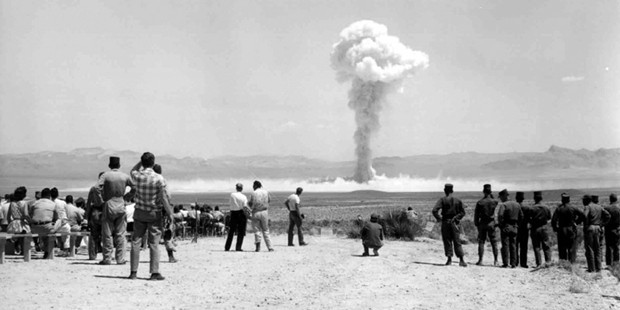 Physicians project that some 2.4 million people worldwide will eventually die from cancers due to atmospheric nuclear tests conducted between 1945 and 1980.

Since the dawn of the atomic age in July 1945, nuclear weapons have been tested on more than 2,000 occasions – in the atmosphere, underground and underwater. The toll on human health and the environment has been staggering. Today many of us carry in our bodies radioactive substances from the fallout of nuclear testing, increasing our risk of developing cancer. Much of the Earth’s surface has been contaminated at some point with radioactive particles. Nuclear testing enables nations to increase the lethality of their nuclear forces.

Nuclear tests have been carried out at more than 60 locations around the globe, often on the lands of indigenous and minority peoples, far away from those who made the decisions to conduct them. While some test sites have been virtually uninhabited, others have been densely populated. The tests have irradiated people working on the programmes, the downwind and downstream communities, and the whole global population. The International Physicians for the Prevention of Nuclear War has estimated that roughly 2.4 million people will eventually die as a result of the atmospheric nuclear tests conducted between 1945 and 1980, which were equal in force to 29,000 Hiroshima bombs.

Public concern in the 1950s about the health and environmental impacts of nuclear testing, including its effect on mothers’ milk and babies’ teeth, led to the negotiation in 1963 of a treaty banning atmospheric and underwater nuclear tests. A comprehensive nuclear test ban, covering underground tests, was negotiated in 1996. Although the latter treaty has not yet entered into legal force, full-scale nuclear testing has largely come to halt. However, a number of countries continue to test their nuclear weapons sub-critically. 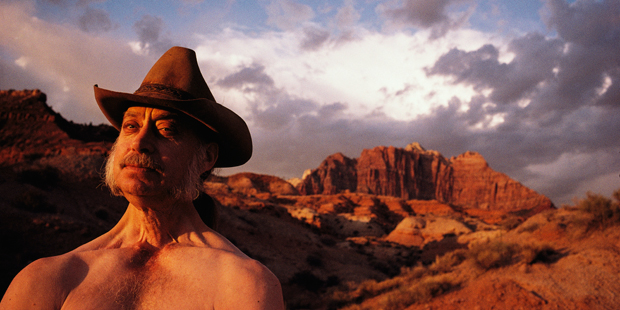 Utah: Dave Timothy, a “down winder”, believes his multiple thyroid cancers were caused by the radiation from atomic tests that rained down on his boyhood home in Utah. Credit: Lynn Johnson