In its report "Enough is Enough: Global Nuclear Weapons Spending 2020" the International Campaign to Abolish Nuclear Weapons has produced the first estimate in nearly a decade of global nuclear weapon spending, taking into account costs to maintain and build new nuclear weapons. ICAN estimates that the nine nuclear-armed countries spent $72.9 billion on their 13,000+ nuclear weapons in 2019, equalling $138,699 every minute of 2019 on nuclear weapons, and a $7.1 billion increase from 2018. 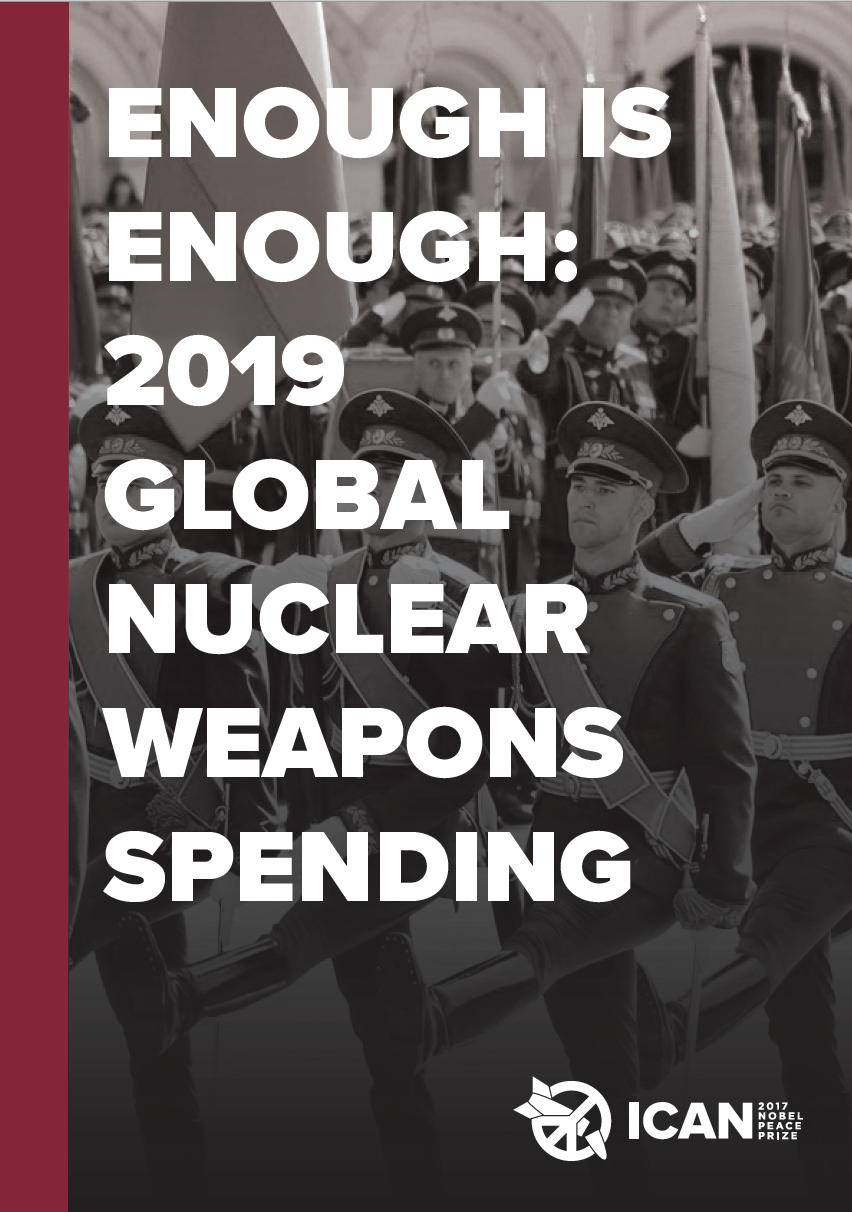 These estimates (rounded to one decimal point) include nuclear warhead and nuclear-capable delivery systems operating costs and development where these expenditures are publically available and are based on a reasonable percentage of total military spending on nuclear weapons when more detailed budget data is not available. ICAN urges all nuclear-armed states to be transparent about nuclear weapons expenditures to allow for more accurate reporting on global nuclear expenditures and better government accountability.